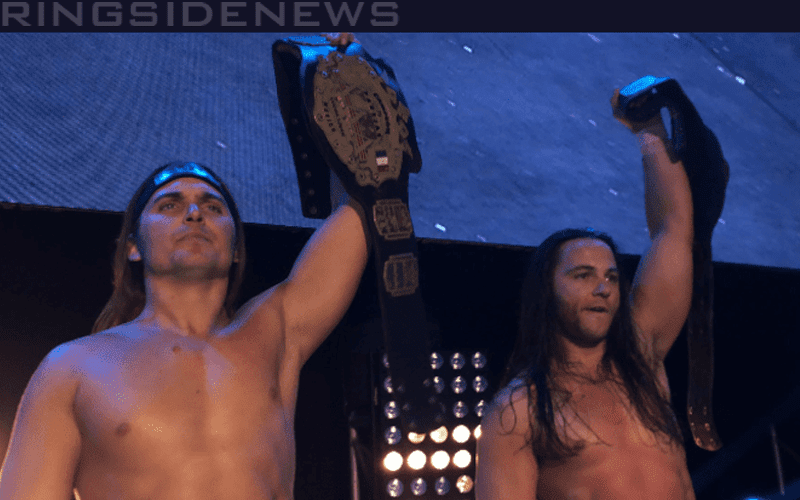 Everyone knows that The Young Bucks are one of the most over acts in professional wrestling today, but it seems as if we didn’t know the full extent of just how big they’re getting.

Matt & Nick, who are influential figures behind the rise of All Elite Wrestling, are set to go one on one against The Lucha Bros at the upcoming Double or Nothing event. However, it turns out that one of their latest encounters with the team was even more successful than anyone could’ve imagined.

While there needs to be some validity behind these claims in order to take them seriously, the idea that 5.4 million people tuned into a card whereby this match was happening speaks volumes.

The excitement behind AEW is through the roof as we get closer and closer to the Double or Nothing event, and beyond that, there are plenty of reasons to believe that the promotion could go on to do some really impressive things.

The Bucks tend to receive quite a bit of criticism from fans who don’t really seem to either appreciate or understand them, and as AEW continues to gather more steam, it certainly seems like that is going to continue. Of course, so is their success.

It really is a true indication of what is possible for wrestlers outside the realms of WWE in the modern era, and equally, it showcases how much popularity Pentagon and Fenix have as well. After all, they’re just as big a part of this match as The Bucks.