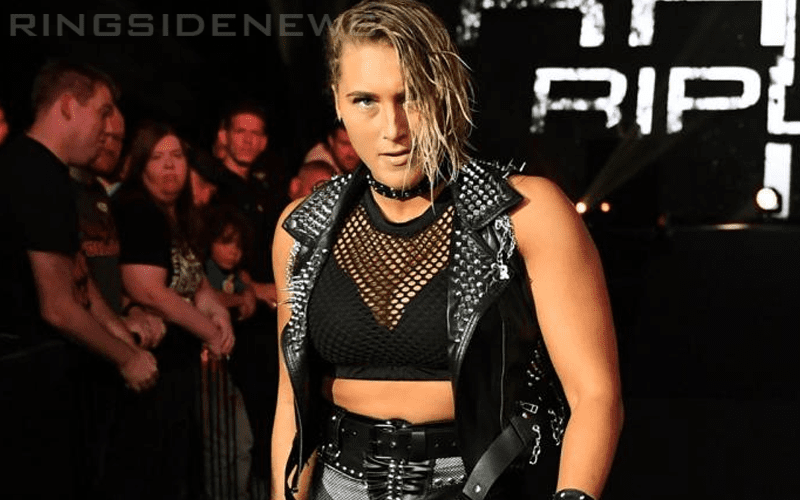 NXT UK superstar Rhea Ripley has taken the time to issue an apology after she was caught using a homophobic slur on a live stream.

The former NXT UK Women’s Champion has been on a rise to the top over the course of the last few years, making a real name for herself courtesy of the NXT UK brand as well as the Mae Young Classic. Many fans have been tipping her, as a result, for the main roster sooner rather than later.

Unfortunately these type of issues don’t really seem to be swept under the rug in the modern era of WWE, and there’s a chance that we could see some serious repercussions for Rhea in the not so distant future.

Given WWE’s work in combating these problems in recent years you’d have to imagine that they would have some kind of statement regarding this, but up to this point, they have yet to comment.

Ripley held onto the aforementioned Women’s Title for a while before losing it to Toni Storm, who is still the champ to this day. Ripley is still a featured member of the brand, but there are now questions over whether or not she will continue to be booked quite as strongly.

The WWE Universe has been divided in their opinion on this matter with some suggesting that this is nothing more than a one time mistake that we should all move on from, whereas others believe that her apology wasn’t good enough.

Either way, it seems like this issue is far from over.