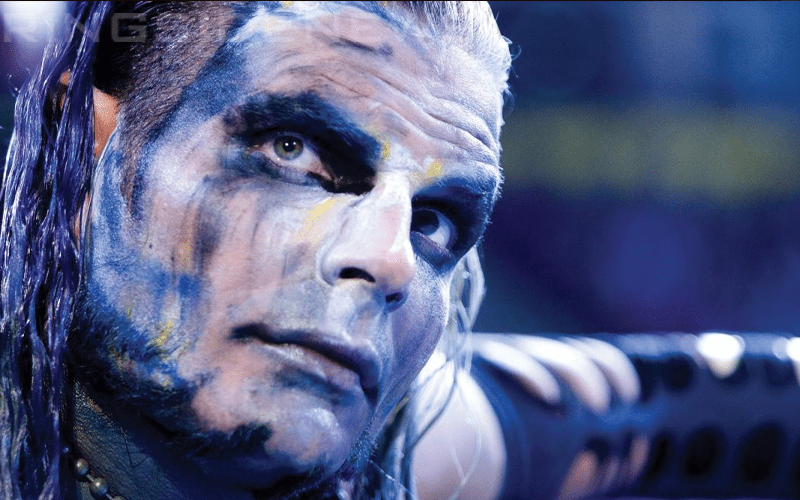 Jeff Hardy and Matt Hardy just reunited the Hardy Boyz team before WrestleMania. They didn’t win the SmackDown Tag Team Titles for some reason at the show of shows and instead WWE waited until the SmackDown after WrestleMania to give the greatest tag team in all of space in time the titles. Now Jeff Hardy is injured.

The nature of Hardy’s injury is being kept under wraps, however, it is hoped that this injury is not “terribly bad” by those who spoke to the Wrestling Observer Newsletter. It was also noted that Jeff has been working with a torn PCL for past four years after a bad dirt bike wreck in 2015.

No matter how bad it is or isn’t, it is reported that Hardy will still need to have an operation completed to fix his issue. Of course, this puts the status of the current SmackDown Tag Team Titles in a very interesting situation.

We haven’t gotten any official word of the nature or severity of the injury, past that within WWE the belief among the people who need to know for storyline reasons is that he is scheduled for surgery this coming week after Smackdown, which is probably why the injury itself is being kept secret.

We will have to wait and see how WWE deals with the fact that one of their champions is injured and scheduled for surgery. Hopefully, they won’t make any drastic decisions that could alter booking for other members of the blue brand.

An easy fix that would personally make us very happy to see would find Ricochet joining Aleister Black on SmackDown so they could capture those titles, but we will have to wait and see what direction WWE takes.

It is said at this time that it is unclear how WWE will handle Jeff Hardy’s injury. It is also unclear how serious of a surgery Hardy is in for which could certainly determine how long he will be out of action.