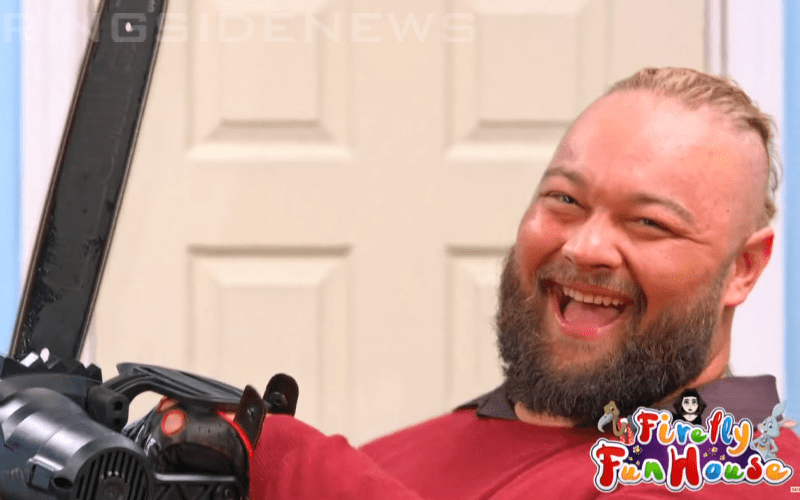 Bray Wyatt’s repackaging seems to be complete and he’s coming back as a character that nobody saw coming.

Mike Johnson discussed Bray Wyatt’s new gimmick on PW Insider Elite audio when he said that the idea behind Wyatt taking a chainsaw to a cardboard cut-out might have been lifted from a rejected pitch from years ago.

“This is something that Cliff Compton did in a pitch video where he chainsawed the head off of John Cena and WWE was like, ‘we can’t do that’ well… many years later they can.”

Everyone was blown away by the new Bray Wyatt character in more ways than one. There was a lot to take in from the creepy happiness of the segment to the underlying dark nature of everything he said.

Only time will tell how far WWE will go with Bray Wyatt’s fresh start, but he has our attention already.

You can check out the entire segment from that epic repackaging below.