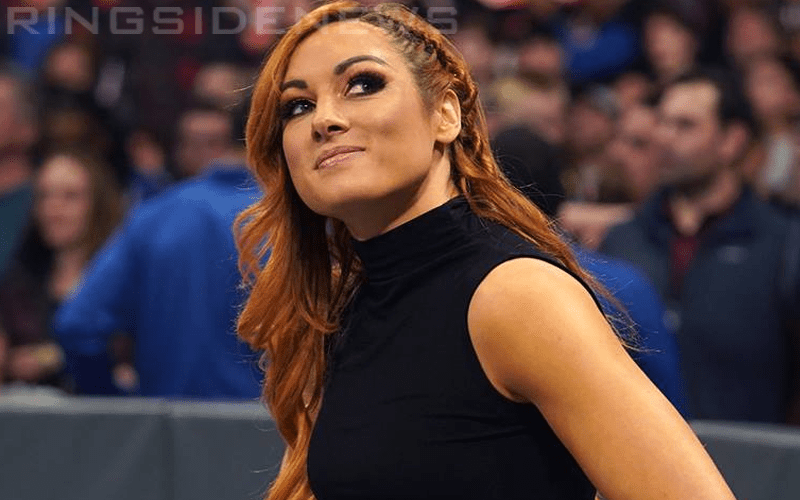 Becky Lynch won both WWE Women’s Titles at WrestleMania 35, but when she is no longer the double champ she will need a brand to call home.

Lynch is currently Becky Two Belts, but all good things must come to an end including having to lug around two championship titles. It seems that The Man will be switching brands sometime in the near future.

Bryan Alvarez noted on Wrestling Observer Radio that WWE is working under the idea that whenever Becky Lynch drops a title then she will be on the RAW brand when all is said and done.

“She’s RAW. Right now the working idea is she is on RAW and when she loses those titles she will be on RAW.”

WWE didn’t officially move Becky Lynch over from SmackDown as part of the Superstar Shake-Up. They also didn’t make any declaration that she would be going to one brand or the other after dropping the titles. At this time she only has a #1 contender set for the RAW Women’s Title in Lacey Evans.

This is also very interesting because it gives us reason to believe that Becky Lynch will be dropping the SmackDown Women’s Title before losing the RAW belt. After all, it wouldn’t make much sense for her to defend the blue brand’s title if she was intended on remaining on the RAW roster.

In a very interesting note, Becky Lynch’s WWE Superstar profile page on the official website still lists her as a SmackDown Superstar as well. It appears that might need to be changed.