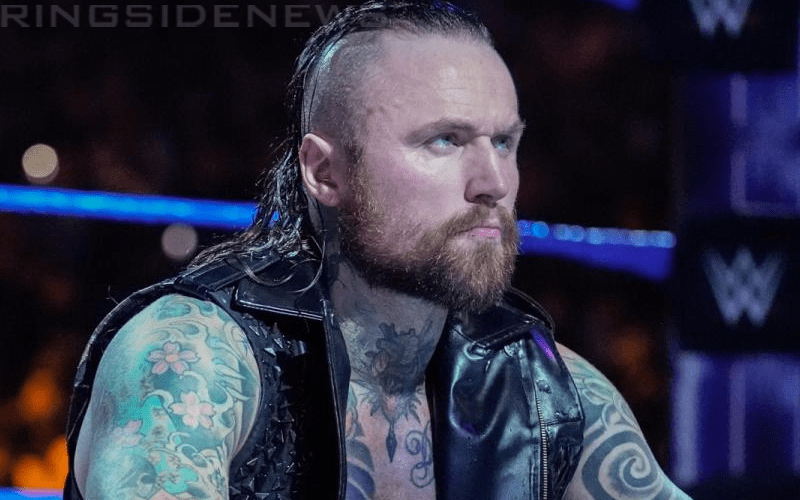 Aleister Black was confirmed as a RAW Superstar during the WWE Superstar Shake-Up. However, it looks like he might have been moved back, but it is unclear if that is really the case.

We previously reported that Black’s wife Zelina Vega and her business partner Andrade were apparently switched back to the blue brand. This is interesting because Charlotte Flair and Andrade are a couple and this just seems like a political move to a lot of members of the IWC.

Aleister Black is a very interesting situation because he is listed as a SmackDown Live Superstar on the blue brand’s roster page and he appears with a SD Live logo next to his name on his profile as well. However, there is another way to access his profile through the search where it hasn’t been changed from RAW as Zelina Vega and Andrade’s profiles have been.

If anything, we might just have to wait and see which brand they show up on this week. If Black is moved to SmackDown Live that puts both him and Ricochet in an interesting situation as the two have been tagging together since making their main roster debuts.

We will keep yo updated in this on-going situation as more information is made official right here at Ringside News.