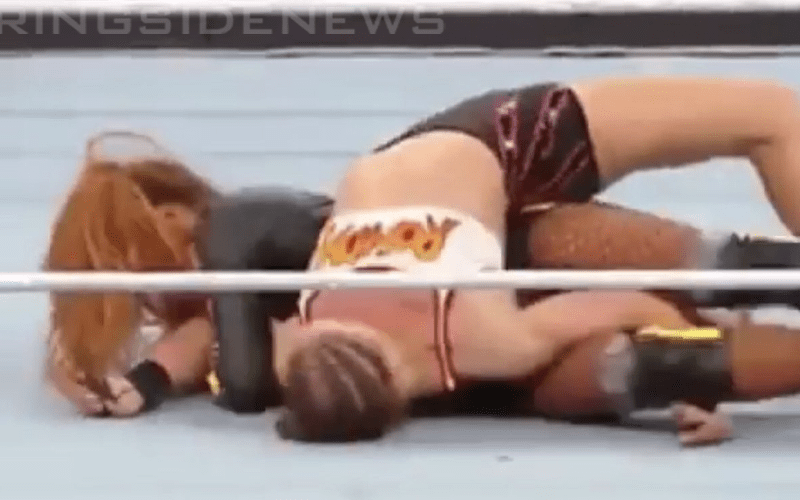 WrestleMania 35 is in the history books and plenty of fans are waking up on Monday morning with some burning questions. Mainly they would like to know why Ronda Rousey’s shoulders were up during her pinfall loss to Becky Lynch.

Fan are also curious to know why Rousey didn’t submit and that answer might surprise you. However, it is also important to note that Rousey worked the main event with a severe injury.

Dave Meltzer explained during Wrestling Observer Radio why Corey Graves brought attention to the fact that Ronda Rousey’s shoulders were up in the first place. After all, if he would have kept quiet about it then a lot of people might not have realized this big botch.

“That was the finish because people were out there going, ‘The referee screwed up,'”

“None of that’s true, but she wasn’t supposed to get the shoulders up. That was just — it just happened. It wasn’t that she was… I don’t believe for a second that she was trying to play a game like some of the old time guys used to do where they didn’t want to do a job and they’re kinda pressured into it so they’ll kinda raise their shoulder up to kind of tell everyone, ‘Oh I’m doing a job I don’t wanna do.’ I don’t believe for a second that she’s doing that.”

There is no plan for Ronda Rousey’s next match. She will likely be leaving WWE for a hiatus as we previously reported, but that’s a good thing because she worked WrestleMania while injured anyway.

Only time will tell when Ronda Rousey might elect to make a WWE return, but WrestleMania was a way to write her out of the picture.