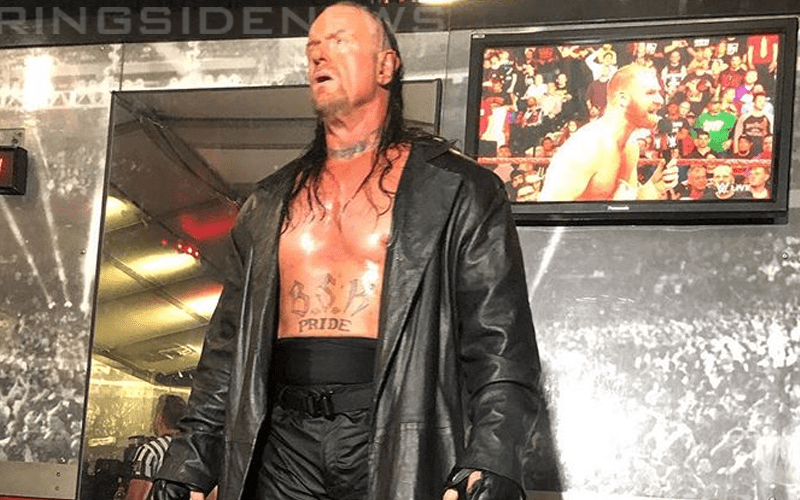 The Undertaker is a shoo-in for the WWE Hall Of Fame, but the company isn’t going to likely induct him unless he’s in good standing. It appears that with his new contract that there is a much better chance of that happening.

There has also been a lot of interesting developments regarding The Dead Man. He agreed to appear at Starrcast, but WWE nixed a Q&A portion of the event that was set to air over a streaming service. This is plausibly what Conrad Thompson registered the Dead Man Talking name for.

The Wrestling Observer Newsletter noted that the reason why The Undertaker started taking so many dates outside of WWE is because he thought his career was over after the Super Show-Down in Australia. This would have ended his career in an appropriate match as he teamed with Kane against D-Generation X.

However, that doesn’t seem to be the case. The Undertaker not only signed a new deal with WWE, but he also agreed to wrestle in Saudi Arabia the next time they travel to that controversial country.

Due to his new WWE contract, The Dead Man also had to cancel another Q&A that he actually agreed to do before he signed a new deal with WWE.