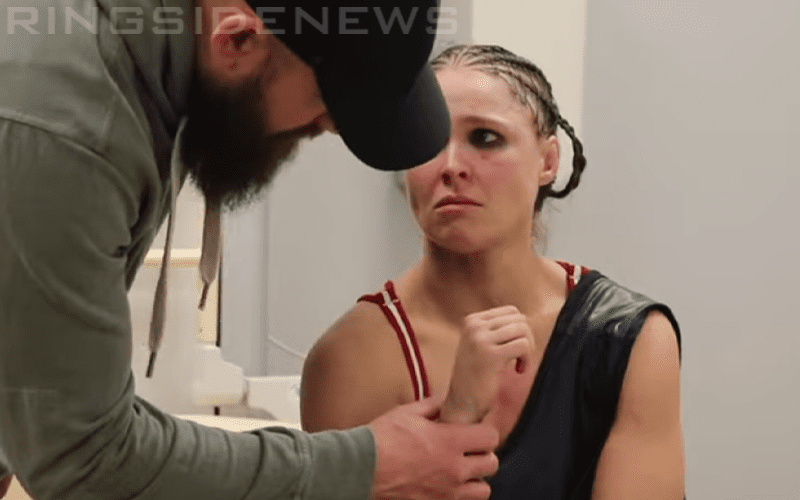 Ronda Rousey busted her pinkie finger at WrestleMania while laying punches into Becky Lynch in the corner. When it first happened she thought that she just broke her knuckle, but it was far worse actually.

Ronda was scheduled for surgery on Tuesday as first reported via Fightful, and that is what happened. Now she is being spotted in a full cast on her right hand while out in New York City via TMZ.

Rousey still has a pretty big smile on her face, but she is on an impregnation vacation after all.

It will be interesting to see when Rousey will make a return, but it looks like she has important things to do right now like healing up her busted hand and getting pregnant.