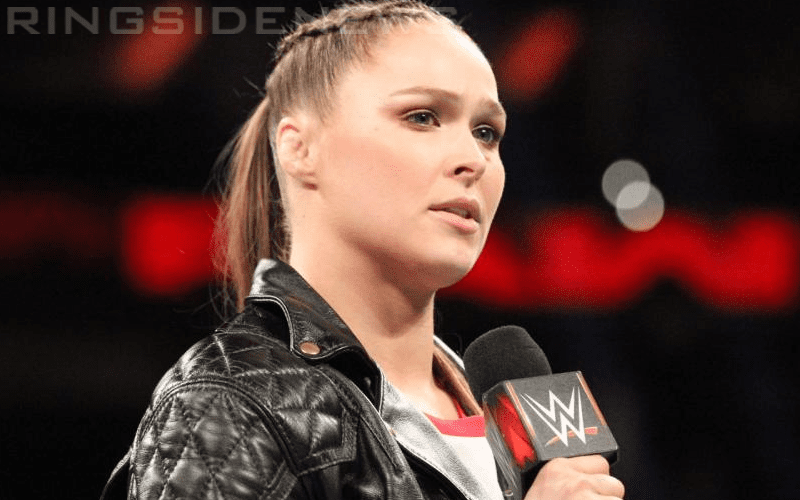 Ronda Rousey lost the WrestleMania main event match and she severely broke her hand in the process. Ronda revealed during an exclusive video that she thought that her knuckle was broken, but it was much worse.

Rousey was backstage at Raw this week, but she wasn’t used due to the fact that she’s taking time off. Bret Hart was able to finally meet Ronda Rousey last Monday during Raw and snapped a picture with her while Rousey was wearing a hand cast.

At this point, Ronda Rousey’s future with WWE is totally up to her, but WWE officials would reportedly like to have her back later this year or next year. There has been no indication of when she might be returning despite WWE’s hopes.