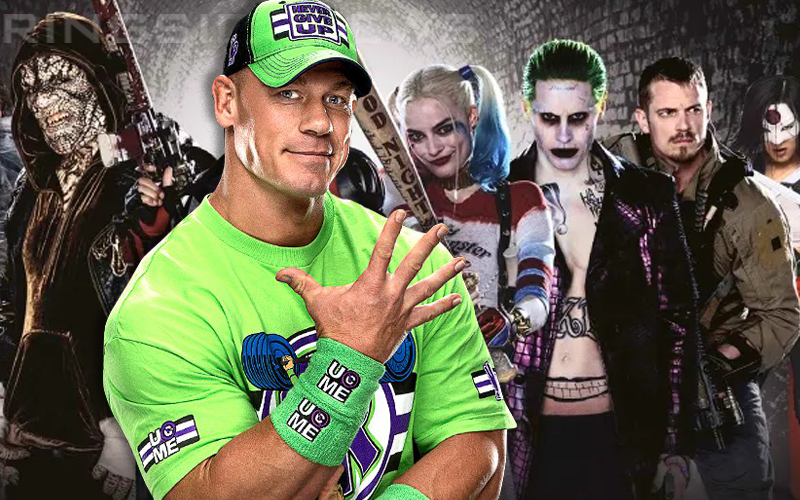 John Cena is starring in new movies all the time and it looks like he might be up for a huge part. Because Variety reports that the 16x World Champion is being eyed for a role in the next Suicide Squad movie.

It is reported that Cena could be joining the Suicide Squad follow-up although it’s unknown exactly what role he will be playing.

One thing we do know is that Will Smith will not be returning for the Suicide Squad sequel as Deadshot. Idris Elba will be joining the next film, but he will not be playing the Deadshot character.

Margot Robbie is still set to reprise her role as Harley Quinn and Jai Courtney will be coming back as Captain Boomerang. It will be interesting to see what role Cena will end up playing if they are able to come to a deal.

This is just another major motion picture on John Cena’s plate. It is unclear when shooting will start exactly right now, but this project could be time consuming meaning that John Cena might already be going the way of The Rock.

The upcoming Suicide Squad sequel will be written and directed by James Gunn and is expected to hit theaters on August 6th, 2021. So they still have a bit of time to work things out, but they are currently looking at John Cena to join the cast.