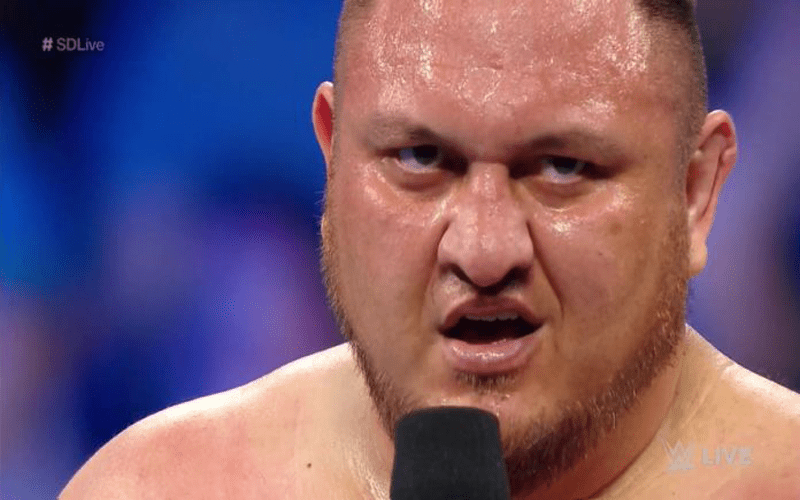 WWE RAW will feature the Superstar Shake-Up this week and it sounds like we are going to have a couple loaded nights of programming. However, we won’t be seeing Samoa Joe tonight.

Wrestling News reports that Samoa Joe is sick with the flu and his segment needed to be axed from tonight’s broadcast. This means that WWE is going to need to fill his spot as they try to re-write the show after several travel issues as well.

It is reported that the company had something planned for Samoa Joe on RAW tonight. Whether that was a switch-up to the red brand was not made specific. It was said that Joe was slated to work some kind of an angle with Braun Strowman, but that’s not happening now.

We will have to wait and see what happens tonight. Keep checking back to Ringside News and we will get you all of the big stories as they break during what should be an exciting night in Montreal.