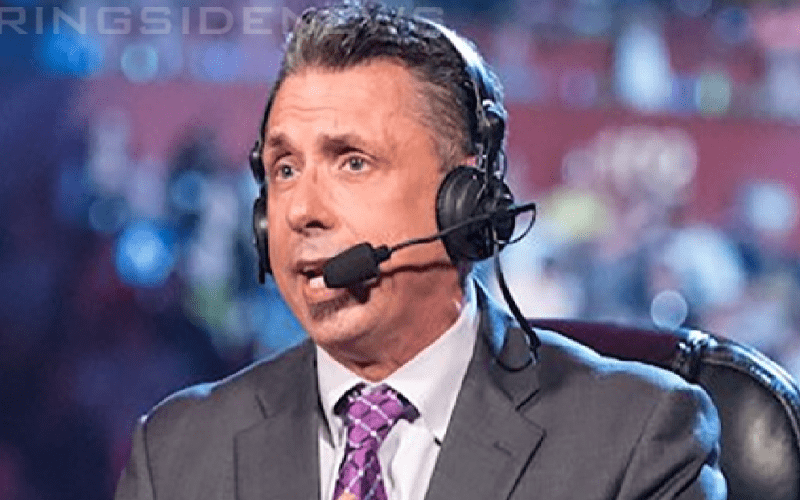 WWE has a certain set of expectations for people who are appearing on camera, especially on the commentary team. Pat McAfee found out the hard way and Michael Cole really let him have it for this oversight, but Vince McMahon didn’t seem to mind.

Pat McAfee hasn’t been employed by WWE for very long, but he almost quit on Sunday during WrestleMania as he said on his show. Apparently, there was some miscommunication about what he should wear and it caused a big issue for him backstage.

“[Michael Cole said] ‘I told you no shorts!’ I said you told me no jorts. He said ‘you look unprofessional, you look sloppy.’ He was like yelling at me in front of all these people that I looked up to.”

All of this went down about 45 minutes before the kickoff show started and McAfee had been wearing the same clothes around MetLife Stadium all day. Therefore, it would have been nice to know about this issue in advance.

“I then walked back to where watch-a-long was happening and I grabbed my bag and I told the digital guy … I said ‘you can tell Michael Cole to go f*ck himself. I am leaving. I am not getting punked and yelled at like a child in front of everybody. You guys think I’m some schlub. This is a second job to me, I’m very lucky to be here, very excited to here but I’m not going to get yelled at like I’m a f*cking child.”

McAfee was put in a room for kids so he could blow off some steam. He said the room looked so ridiculous that he even took pictures of it. Then he was informed that Vince McMahon was shown a picture of Lebron James wearing a suit with shorts and The Chairman replied: “Yeah, I’m hip. I’ve seen it.”

So it sounds like Vince McMahon loved Pat McAfee’s suit. Michael Cole didn’t seem to appreciate it though. So McAfee will be sticking around WWE and he now has a green light to wear shorts on camera. It’s a good thing Vince McMahon is so “hip” and stuck up for him or he would have been gone.