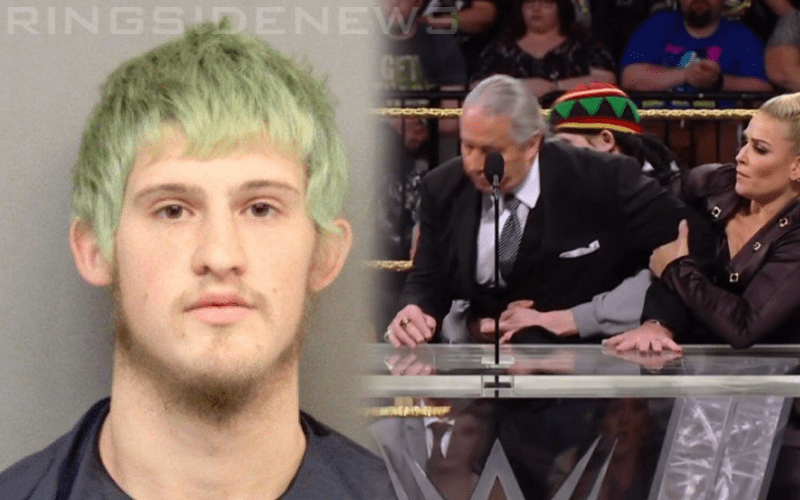 Zachary Madsen attacked Bret Hart during the WWE Hall Of Fame in a rather unfortunate time. It was incredibly unlucky for Madsen because he was immediately swarmed with skilled fighters and wrestlers.

Now Madsen is out on bond according to PW Insider. It wasn’t cheap, but he is out of jail prior to his court date on Friday.

Zachary Madsen, the man who tackled WWE Hall of Famer Bret Hart during the Hart Foundation’s induction at the 2019 WWE HOF ceremony last Saturday, was bonded out of The Brooklyn Detention Complex yesterday to the tune of $1,500.

Madsen is still facing a count of criminal trespassing and two counts of assault. If convicted he could face a year in jail for each assault charge. So he’s not out of the woods yet. He is out of jail now though, but hopefully, he will stay away from any events he can disrupt in the meantime.