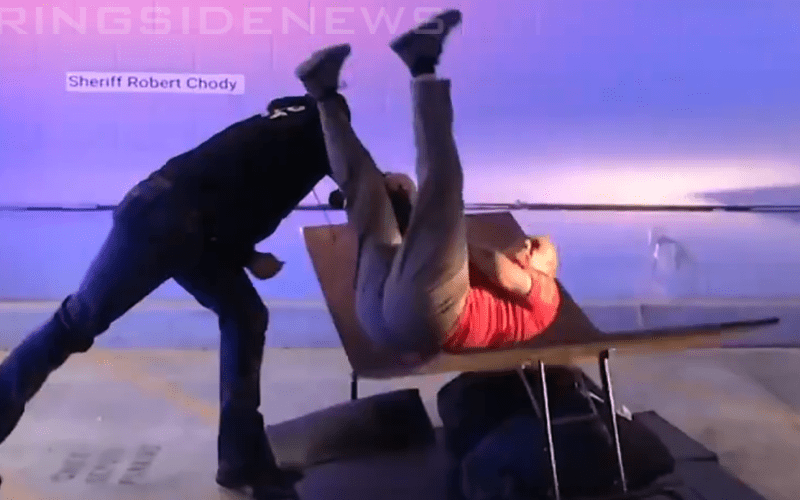 Goldust hasn’t wrestled in a while because he is dealing with some knee issues which required surgery. It is also said that his WWE contract is up in May which could leave him free to go elsewhere. One thing we know is that he can still perform at least one wrestling move even though it is one that he rarely performed in the ring if ever.

Dustin Rhodes is very close to his local Sheriff and is even deputized so when the chance came to chokeslam Deputy Hernandez through a table it was his pleasure. This was even more special because it was for charity.

We will have to wait and see what Goldust decides to do in the next couple of months, but it certainly looks like he’s having a good time with his local law enforcement.

You can check out the clip below. It was all done for the St Baldrick’s children’s cancer charity. Goldust might have just had a double knee surgery, but that won’t stop him from laying in a chokeslam through a table even if there was a ton of protective padding under it.