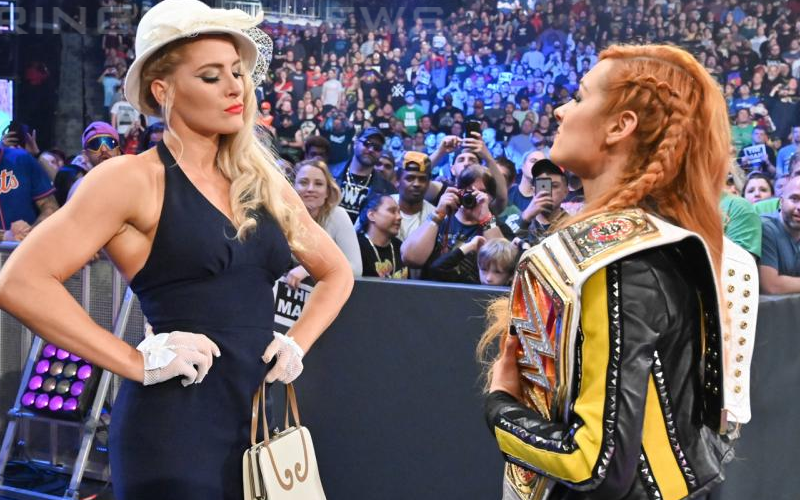 Lacey Evans finally did something on RAW other than come out and wave to the crowd. She strolled right up to Becky Lynch and nailed The Man with The Women’s Right. Then chaos ensued.

The Man might have appeared to get the upper hand during that brawl, but Lacey Evans is not phased. She is a former US Marine and has seen far worse in her life.

The Lady Of WWE posted a picture on her Instagram with a poo emoji plastered on Lynch’s face. She also doctored the photo to make it seem like a sign meant to praise Becky Lynch said: “The Man Is A Nasty,” instead.

Lacey Evans also posted a video of herself punching Becky Lynch in the jaw along with some taunting words as well.

Never be afraid to set the proper example. The world needs it……especially these nasties

We will have to wait and see how this escalates, but Lacey Evans could very well follow Becky Lynch to SmackDown Live because the recently called-up NXT Superstar is known to frequent both brands.