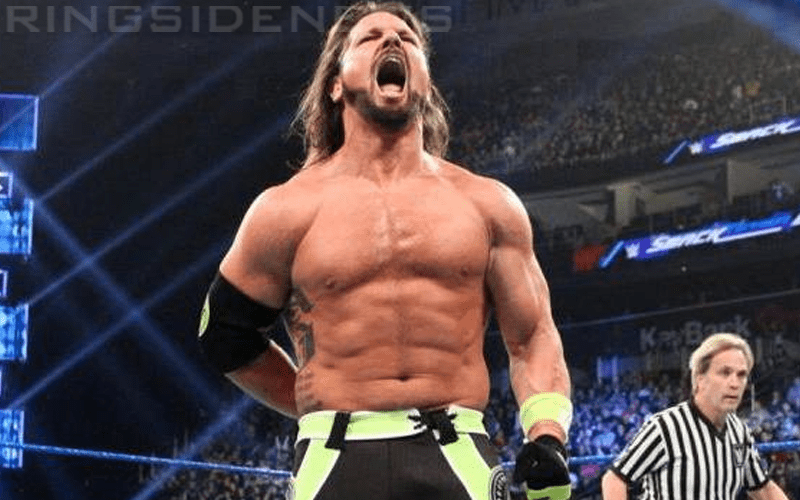 AJ Styles and Randy Orton worked WrestleMania in front of a sold-out MetLife Stadium even though some people couldn’t see the match because WWE had a blinding light in their faces. The Phenomenal One seemed to suffer an injury in the process as his Axxess appearance was canceled the next day.

Dave Meltzer noted on Wrestling Observer Radio that AJ Styles has a hip injury although we don’t know the severity of it yet. It was said previously this year that Styles was injured, but he denied that report.

It was obviously bad enough for Styles to jump on a flight out of NYC following WrestleMania. So fans probably shouldn’t expect to see him on SmackDown Live.

Hopefully, AJ Styles will be okay, but if he is able to come back and work at all he might just do so in order to refute another injury report.