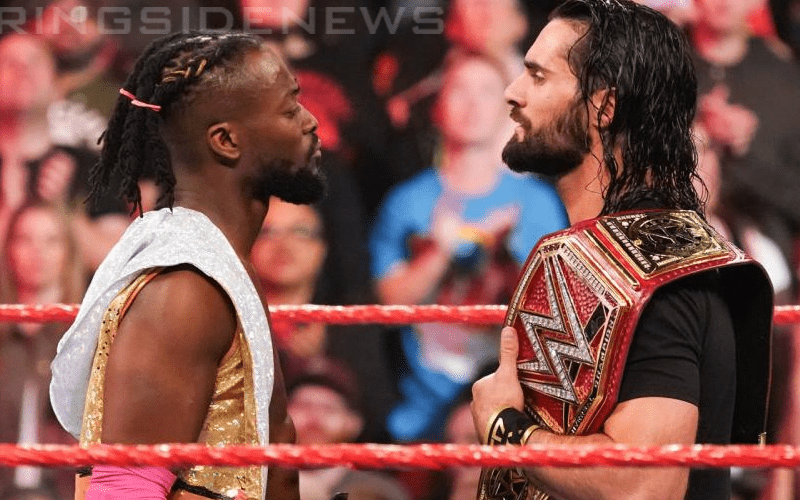 Raw was very exciting this week for fans who thought that either Seth Rollins or Kofi Kingston would be leaving RAW as the undisputed champion in WWE. This teasing of ending the brand split came at a very interesting time after WrestleMania, but it wasn’t meant to be.

Dave Meltzer explained during Wrestling Observer Radio that it was actually spoiled by WWE’s own promotion of SmackDown Live tonight.

“So during the show on at least two occasions they mentioned that Kofi will be having his championship celebration on SmackDown which told you that he couldn’t lose the championship.”

WWE can always change their plans, but they obviously had something in mind for SmackDown Live this week and it involves Kofi Kingston’s celebration. Therefore, The Bar interrupted and the Barclays Center crowd was left pretty upset that they didn’t get to see history being made. It would have been pretty insane to consider WWE actually unifying the titles like this with a spur of the moment match booked between two champions without an authority figure present.