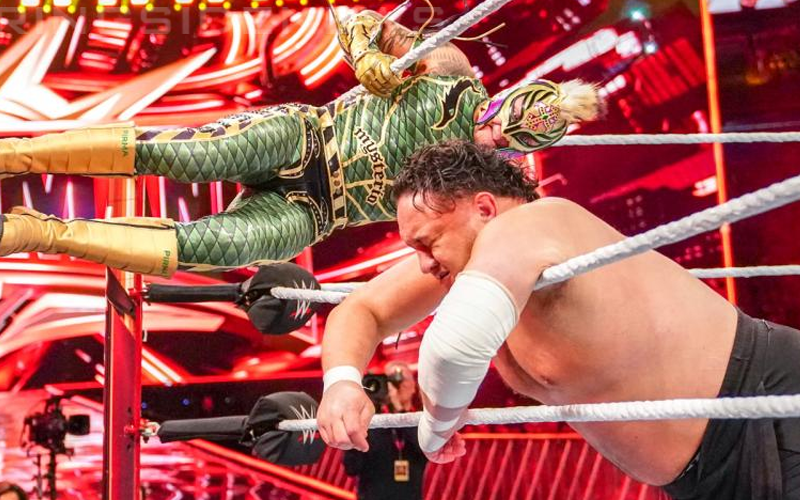 Rey Mysterio had his first WrestleMania match in years last night, but it did not last long. He quickly found himself in Samoa Joe’s Coquina Clutch which is a place nobody wants to be.

Dave Meltzer called attention to how short Mysterio’s match was during Wrestling Observer Radio. After mentioning Mysterio’s ankle injury it was proposed that Samoa Joke choked out Mr. 6-1-9 so quickly because he wasn’t able to work a longer match.

This is unfortunate because Rey Mysterio said on the WWE Hall Of Fame red carpet that his ankle was 90% and he hoped to have it in full working order by the time WrestleMania rolled around. Of course, the result of his US Title match tells a different story.

This really is a shame because Rey Mysterio’s son Dominick was supposed to be at ringside for this match and some were expecting for him to get involved as well. Dominick trained with Lance Storm so he had a great teacher. However, the length of his father’s Mania match just didn’t give him an opportunity to do anything.

At least it made Samoa Joe look like a beast in the process.