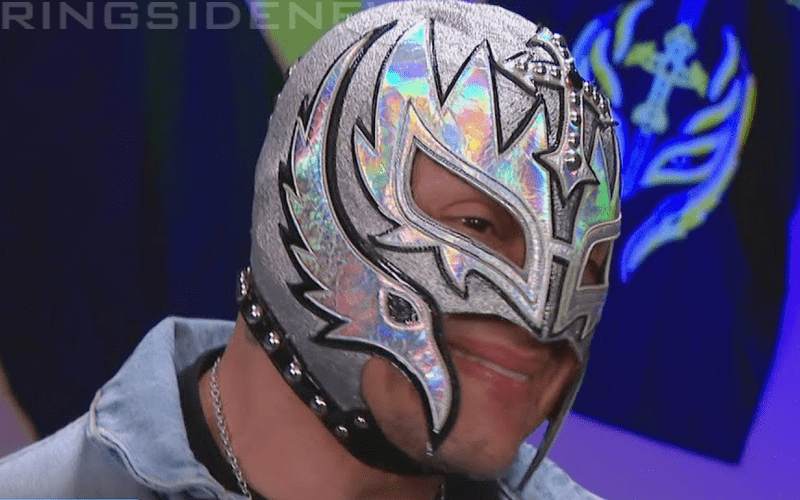 Rey Mysterio was all set to face Andrade on the SmackDown Live before WrestleMania, but that match did not happen. He suffered an injury during his match with Baron Corbin so he was pulled from the match on Tuesday. This left a lot of fans wondering if Mysterio would be okay by WrestleMania.

Mr. 6-1-9 updated fans later on saying that he was praying to be okay to work the show of shows. He has a big WrestleMania match for the US Title against Samoa Joe. To make things even more important for Mysterio, his son Dominick is also involved in that angle and plans to be at ringside.

Dave Meltzer is now reporting that Mysterio will be fine to wrestle this Sunday. It looks like all of those well wishes paid off for Rey Mysterio so he won’t have to miss WrestleMania this year.

Keep checking back withRingside News and we will continue to bring you all the news you need to know as the show of shows draws closer.