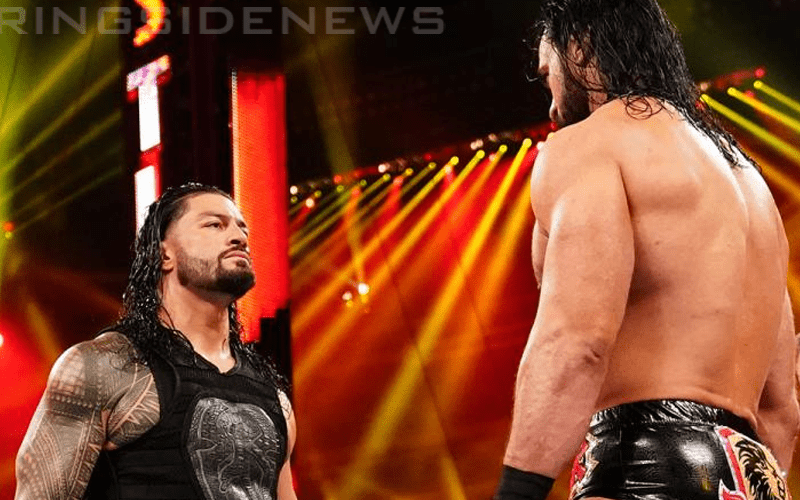 Roman Reigns battled Drew McIntyre in The Big Dog’s first singles match after returning from his medical hiatus. This match was hyped pretty well, but then they got to WrestleMania and it all seemed to fall apart.

We reported several notes from our correspondents who were live in attendance at WrestleMania, however those guys were actually at ringside or on the floor. However, if you noticed fans weren’t into this match and would boo at random places, that distraction actually came from the upperdeck.

Bryan Alvarez explained during Wrestling Observer Radio that the fans were so bored in the upperdeck during Reigns vs McIntyre that they would start to get the wave going in the crowd.

The wave would go for a couple of seconds and then they would stop which caused fans to boo loudly at the other fans who were not down to carry on the wave. So they kept restarting the wave over and over again. This led to several more random boos that did not make sense on television.

WrestleMania is a very big event and fans have a mind of their own. We’ll just have to wait and see what kind of RAW after WrestleMania we’re in for, but it could be a very wild show.

“It was just a match and the fans were tired, that’s the story of the match.”

It should be important to note that the boos had really nothing to do with the match because Reigns vs McIntyre wasn’t really their focus in the first place.