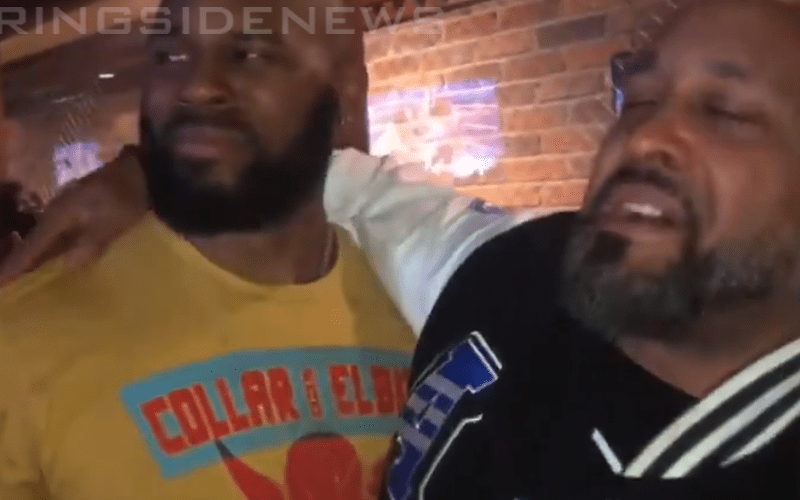 Kofi Kingston brought home the WWE Title at WrestleMania in what was said to be the best match on the card by our live correspondents. It meant a lot to several people and some of those individuals weren’t even in MetLife Stadium.

MVP and Shad Gaspard were watching WrestleMania 35 live and it was a very emotional scene. Upon Kofi’s win they teared up and had to embrace as one of their brothers finally broke through and captured the biggest title on the blue brand.

This was a moment that transcended race, but Kofi Kingston spoke openly on the subject leading up to the big event. It was still amazing to see Kofi Kingston achieve his WrestleMania moment no matter who you are.

You can watch the video below as these two WWE Superstar certainly had a very special moment while watching the show of shows.