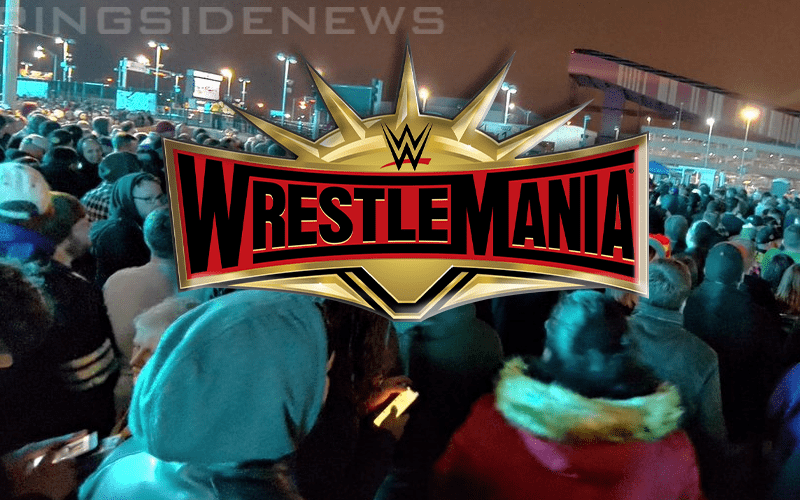 WrestleMania was a very long event and fans in MetLife Stadium just wanted to get home after the event. Whether they were actually going home or their hotel is a moot point because they were left stranded in the rain.

Ubers weren’t coming and there was a ridiculous wait-time for trains as well. This left a lot of fans unhappy late at night and after the adrenaline of WrestleManie wore off they didn’t want to be wet and tired.

New Jersey transit is placing all of the blame on WWE for this because in a statement to NJ.com, spokesman Jim Smith let it all out. Apparently, WWE led them to believe that WrestleMania would be over by 10:30 PM. Therefore the event closing that late in the evening wasn’t known about and WWE simply didn’t tell them about it.

“The primary factor contributing to the post-event delays was the WWE’s decision to extend the event to 12:30 a.m., which had significant operational impacts on the evening. NJ Transit was not informed of this decision until late last night.”

“The decision to extend this event resulted in our inability to operate some of those trains due to federal requirements limiting train crew hours.”

NY Governor Phil Murphy also spoke out about this situation during a Monday morning press meeting. They’re not going to let this happen again and plan to fix things from this point on.

“At the end of the day, if folks are frustrated, they ought to be. I would have been crazed. It’s completely and utterly ‘dog-ate-my-homework’ unacceptable.”

“We’re fixing it. We’re gonna learn from this. I’ll be damned if it happens again.”

New Jersey might not have this issue again for a very long time because after WresleMania 29 and 35 they might not be back for a while.