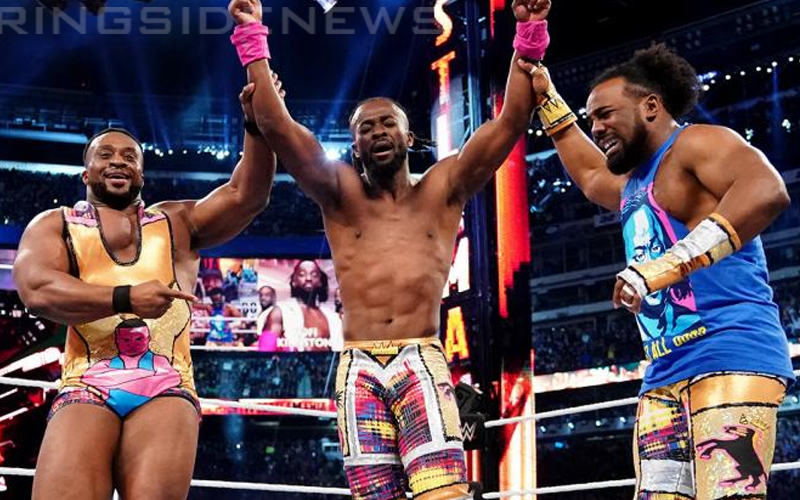 Kofi Kingston turned WrestleMania 35 into KofiMania in a match that stole the show. Our live correspondent said that the crowd was more into this contest than any other match on the card.

Following his victory at the show of shows, Kofi got emotional as he said that he didn’t think his hard work would pay off, but now the dream is a reality. He expressed thanks to Xavier Woods and Big E for having the idea of forming The New Day all those years ago with the intention of elevating his career.

There was nothing but gratitude as Kofi Kingston spoke about his WWE Title win. He said a lot of stars had to align and so many things needed to happen in order to make his WrestleMania moment come true, but it did and he is blown away.

Kofi Kingston said the support he has received from the locker room is the best part of his WWE Title win. The love from his peers, catering staff, ring crew, and WWE’s technical staff means the world to him.

There were even fireworks after his title win and Kofi realizes how important pyro is after being in WWE for so long.

Kofi said he still can’t get to the bottom of his Twitter timeline because of all the positive messages he receives. It was the biggest moment of Kofi Kingston’s career, but he doesn’t plan on stopping now.