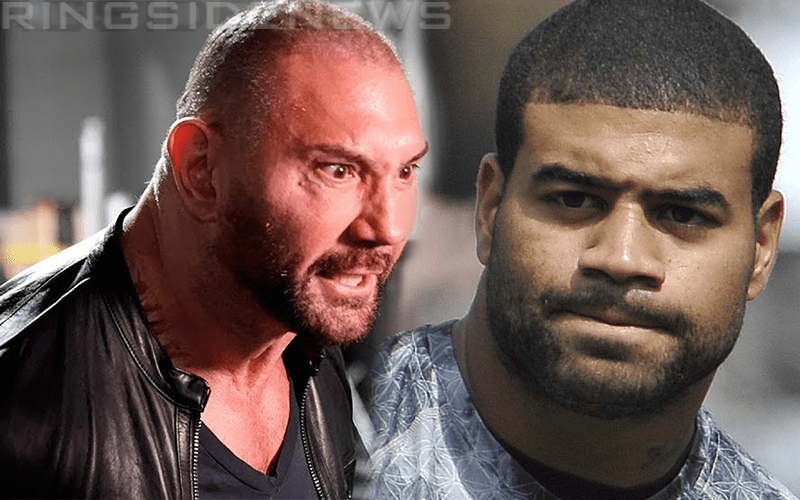 Shawne Merriman recently jumped on TMZ where he unloaded on The Animal. Batista has a big WrestleMania match this Sunday, but Merriman is looking to knock him out in the cage or anywhere else where the fight will be legit.

The former San Diego Charger’s nickname is “Lights Out” and it sounds like that is exactly what he wants to do to Batista.

“Hey Batista, if you’re watching this dude, we’re both from the DMV area. I got mad love and respect for you. I know you been around the game a long time, and people wanna see it. Come on. I’ll be ready.”

Shawne Merriman wasn’t playing around with this and sounded very serious. We will just have to see if Batista can fit it into his busy schedule because it was kind of a miracle that he was able to arrange a WrestleMania match this year with his other Hollywood commitments.