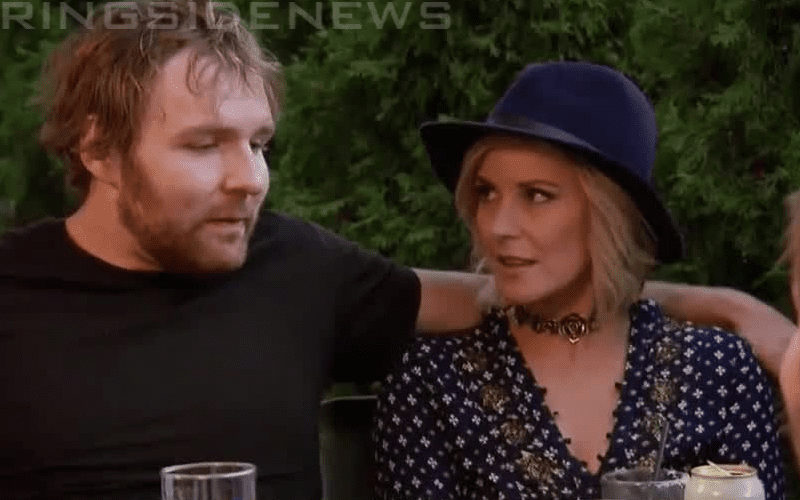 Dean Ambrose is leaving WWE after his contract is up later this month. This is very likely and we have heard no such reports saying that it is a work. The only people who are saying this is part of a storyline are those who are holding out hope that Ambrose will reconsider.

Renee Young recently appeared on Sports Media with Richard Deitsch where her husband came up in the conversation. It was tricky to work around Ambrose’s heel turn as Young attempted to remain non-biased on commentary, but Renee Young admitted that she took on a “wife role” during parts of the story on purpose.

“I was tough to navigate like how we were gonna handle that. How he wants it to be handled how I want to be able to do my job. What’s gonna make Vince happy — it was definitely tough.”

“Then watching him in these last man standing matches and falls count anywhere matches and getting pencils stabbed through his eyeball. I would just try to always slip into ‘wife role’ at that point and just react to my husband instead of a WWE Superstar.”

Dean Ambrose might be leaving WWE, but he will still be married to Renee Young. This is something they obviously took into consideration during his last few weeks on WWE RAW.

It certainly appears that Ambrose is leaving the company. Seth Rollins was plenty surprised by this choice, but it now means Ambrose will be sitting out of two WrestleManias in a row. At least he will get to hear his wife on commentary.