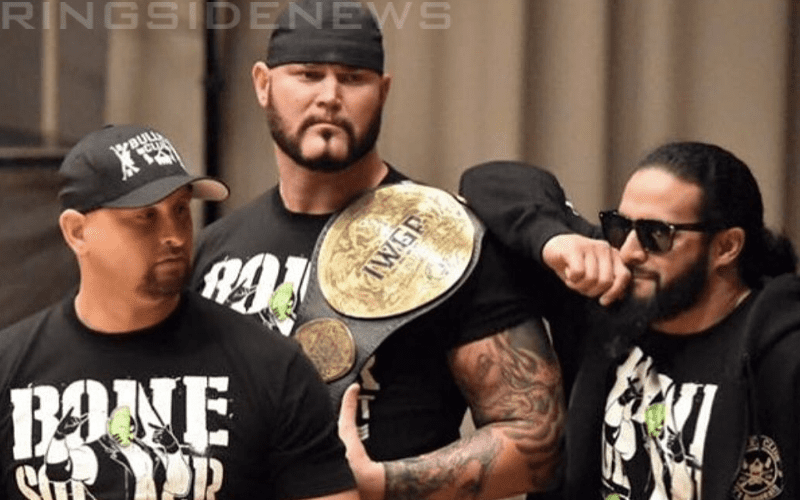 Karl Anderson and Luke Gallows are said to be on their way out of WWE. They didn’t take to complaining on social media. Instead, they simply rejected new WWE contracts. This was followed by the company pulling them from the road.

The Good Brothers actually appeared on SmackDown Live last week in the tag team gauntlet match. However, if you blinked then you missed their time on screen because they lost in very quick fashion. Now they are booked for the Andre The Giant Memorial Battle Royal and it’s anyone’s guess as to how long they will stay in that match.

Tama Tonga tweeted at Anderson and Gallows with a picture of them as IWGP Heavyweight Tag Team Champions. He also included a caption reading: “It’s about that time muh ninjas…”

The Good Brothers’ contracts are said to be up in September. Only time will tell where they end up next, but if this clue is any indication of things to come it looks like Anderson and Gallows have a home in the Bullet Club open for them should they decide to make a return to NJPW.