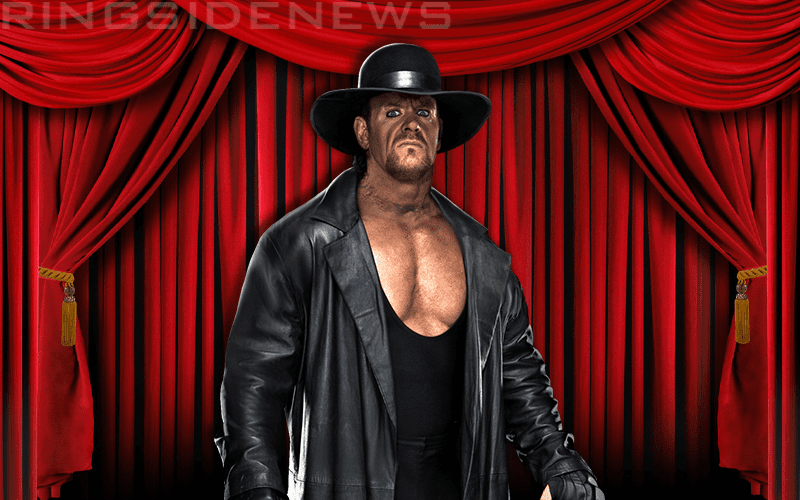 The IWC got very interested in what Conrad Thompson was doing when news broke that he registered a trademark for “Dead Man Talking.” A lot of people hoped that meant that an Undertaker podcast was on the way, however, that was not the case. Instead, as he told the Mat Men Wrestling Podcast there was actually a plan for a tour.

Conrad said that they wanted to do an Undertaker speaking engagement called Dead Man Talking with Bruce Prichard as the host at Starrcast. This seemed to be okay, but then WWE said that they couldn’t film it. This was a big issue so there is no Undertaker stage show.

“But when there was one when it was being kicked around and talked about because Bruce was tickled with the idea and this was before Bruce went back [to WWE] officially full-time. ‘You know I was thinking it would be cool, especially in some of these European markets if we could do a one-man speaking tour except with me and The Undertaker. So it would be Brother Love and The Undertaker telling old stories from 1990 to 2008. 20 years of stories that should be a winning formula.'”

Conrad Thompson said everyone assumed that The Undertaker quit WWE and was doing a podcast with him while Bruce Prichard quit Something To Wrestle With and was going back to WWE. This was not the case.

Now Bruce Prichard is full-time with WWE and can’t do the live shows he used to. The Undertaker is also pretty much signed with WWE for life so that nixes his participation as well. Because they would want to film this kind of thing

The live show won’t happen though and neither will the tour. At least Conrad Thompson owns “Dead Man Talking.” Now he just needs to figure out what he can do with it.