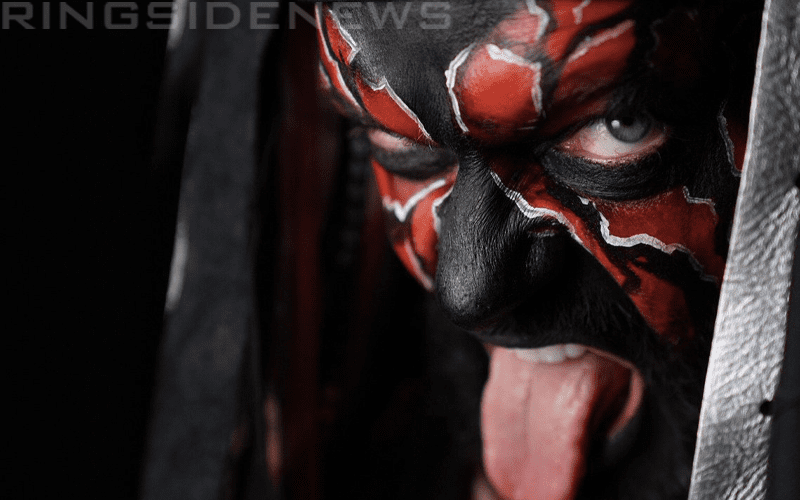 Finn Balor’s alter ego has never lost since his main roster call-up. His great track record as The Demon is only matched by how cool his entrance is. Now it looks like we will be seeing Finn Balor’s Demon King character return at WrestleMania.

We already had a very good hint that The Demon would be returning at WrestleMania. They used Balor’s Demon in promotional material long before it was actually hinted at on camera. This was reported to make WWE kind of irritated at certain people in the promotional department.

Bobby Lashley came out on RAW this week to get asked some questions by Charly Caruso. He was asked about the Demon King and said that this alter ego of the first-ever Universal Champion did not shake him. Then Balor appeared on the screen.

Finn cut a little promo as smoke filled the frame. Then he transitioned into the Demon King character. The crowd didn’t pop much because this was already pretty much confirmed by all of the promotional material WWE put up all over New Jersey.

This confirmation of The Demon King’s return will certainly add something interesting to the Intercontinental Title match at WrestleMania. At least we should expect a much cooler entrance from Finn Balor.