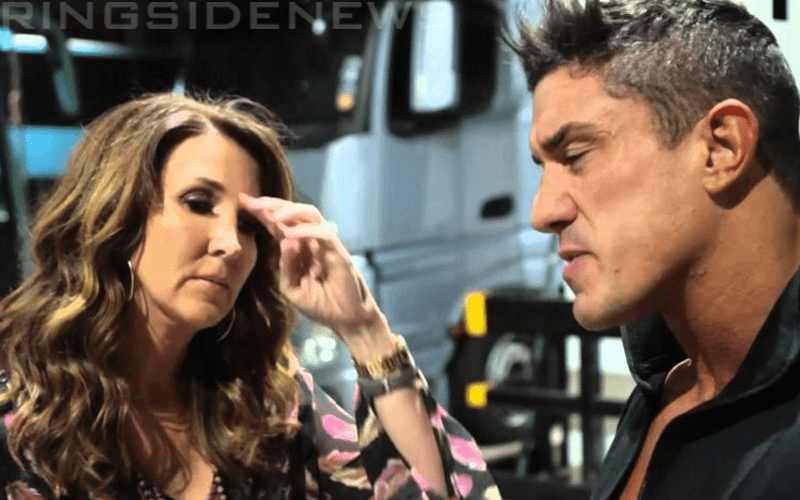 EC3 was called up to the WWE main roster from NXT and we haven’t seen much of him at all. The former Impact World Champion did a lot in his “aunt’s” company, but his origin can’t be brought up on WWE television because Vince McMahon didn’t create it.

Dixie Carter is seeing how WWE is treating her kayfabe nephew and she just had to say something about it. However, she took a very tactful approach with a rather interesting comment about how good he looked while playing his only role on RAW this week.

@therealec3 is just so cool and stands out from the others even when he stands outside a ring. @wwe #raw

Dixie Carter wouldn’t book EC3 this way, but then again, she is rather partial to her nephew. At least she’ll get to see him on the grandest stage of them all as he shares the ring with 29 other Superstars in the Andre The Giant Memorial Battle Royal.