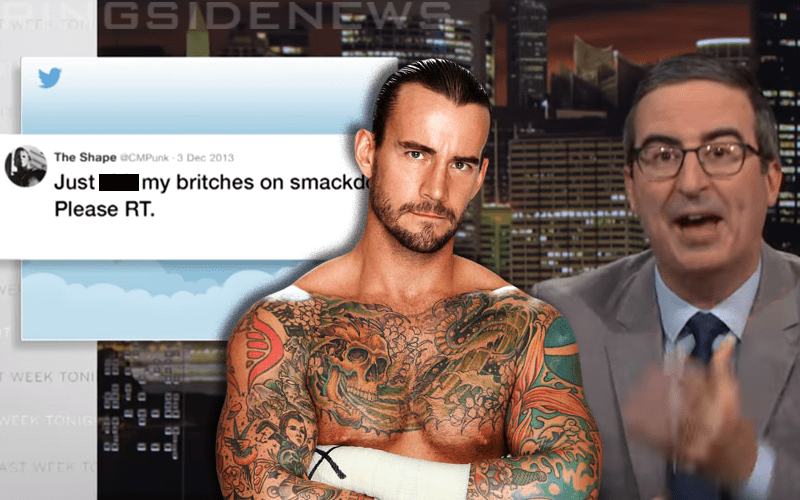 John Oliver’s Last Week Tonight took plenty of shots at WWE during their latest episode. This was right in time for WrestleMania too. Let’s hope that plenty of fans chant “health insurance” and “unionize them” during the show of shows because of it.

CM Punk was featured during this episode as well and a famous tweet he sent out in December 2013 about messing his tights during a match was shown. This tweet was later deleted by Punk, but they were able to grab it for the episode.

When CM Punk saw this, he couldn’t help but voice his true feelings about John Oliver and his HBO show.

I shit my britches, please RT @LastWeekTonight (I love you!) @iamjohnoliver

CM Punk is living his best life away from WWE right now with no sign that he will return. Maybe if Vince McMahon changes his ways or how he views Superstars that might be a different story.

I wouldn’t be wagering any money on Punk’s WWE return anytime soon, or ever. At least we have this tweet to remember his time with the company

In case you were wondering, this is the match everyone was talking about. We wonder if he apologized to Dean Ambrose later or if The Lunatic Fringe even knew what was going on.