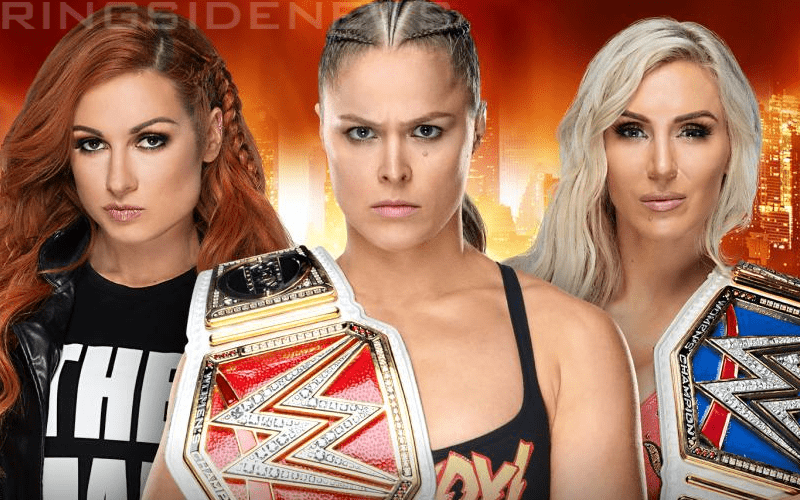 WrestleMania will be capped off by a women’s triple threat match this year in the main event. This will be the first time that women will close out the show of shows and you can bet that WWE is going to get as much attention as they can out of the contest.

It was reported that WWE could have a very interesting stipulation to this match now that Charlotte Flair is the SmackDown Women’s Champion. Both main roster Women’s Title will be in the match and they could both be on the line as well.

WWE posted a picture of Charlotte Flair holding both the Raw and SmackDown Women’s Titles. Then they asked: “WrestleMania spoiler?” So far the fan reaction has been overwhelming that they hope that is not the case.

Only time will tell what WWE ends up doing at the end of WrestleMania. By the looks of things they already seem to be preparing for Charlotte Flair to start her 9th Women’s Title run before her 8th concludes.