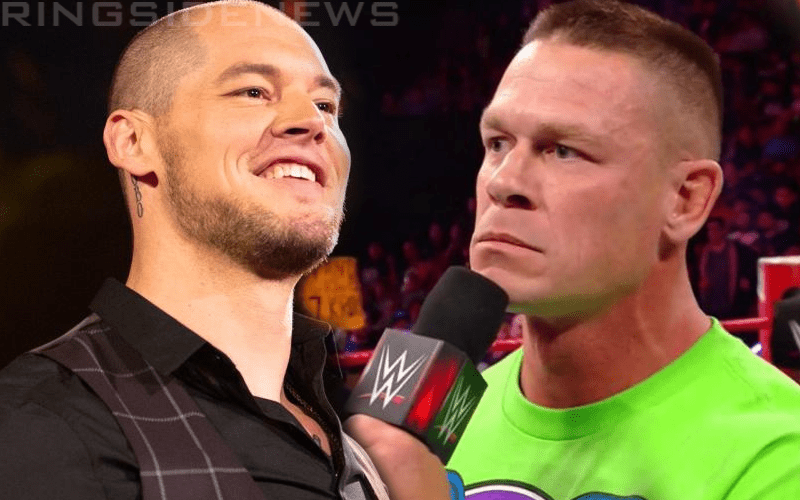 Baron Corbin is still Kurt Angle’s WrestleMania opponent. This was a very surprising decision for WWE fans and backstage as well. Kurt Angle also wasn’t happy about being slated with such a lackluster farewell match.

WWE might be making it up to Angle by letting him pick his farewell match line-up. However, John Cena is still a lot of fans’ choice on who they want to face Angle at the show of shows.

Cena continued his trolling of Baron Corbin after calling him a dumpter fire last week. With Angle getting to pick his WrestleMania lead-in opponents, we can’t help but wonder if John Cena could face Angle on the SmackDown before WrestleMania since they already booked him next week on RAW against Rey Mysterio.

Angle and Cena had an epic moment in WWE history with John Cena’s essential call-up as he answered Angle’s open challenge. This was the moment John Cena was trolling in this Instagram post.

Cena is currently filming a movie in Canada where he is playing a firefighter in a lead role. That film wraps up on April 1st, but April 2nd could be Angle’s last chance to face an opponent of his choosing. Let’s just say that there seems to be only one chance for this match to happen and it is on April 2nd. Because apparently, WWE isn’t budging in booking Angle vs Corbin.