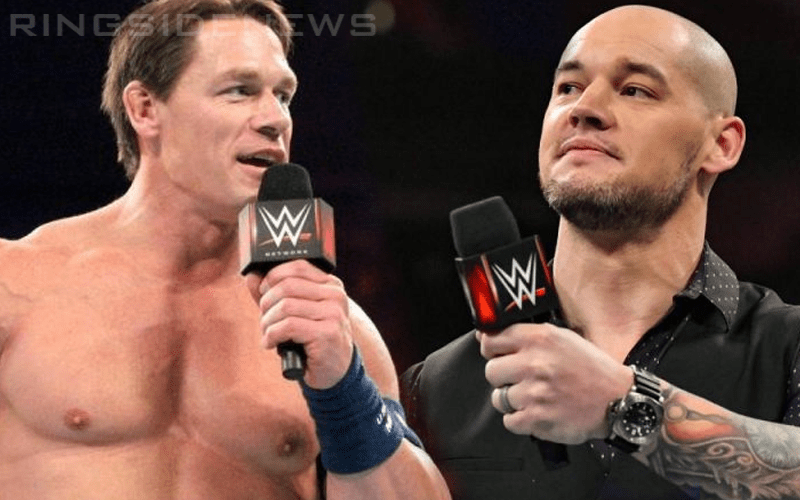 Baron Corbin is going to face Kurt Angle in the Olympic Hero’s farewell match at WrestleMania 35. This caused quite a stir in the IWC and we have heard a ton of backlash after the announcement.

Corbin’s placement in this high-profile match was not meant to be a swerve from WWE. However, in a day and age where they’re supposed to be listening to the fans you never know if they could switch things up.

Kurt Angle’s wife came out against this booking decision as did plenty of other Superstars. Now John Cena is throwing his opinion in the mix as well… sort of.

Cena is known for his Instagram hi-jinks. He will post a picture and let the fans figure it out. The 16x World Champion left little to be deciphered when he sent out a picture of a dude holding a sign that says: “Baron Corbin is a dumpster fire.”

We will have to wait and see if this could be foreshadowing something down the road. Either way, it was a pretty astute observation from this fan.