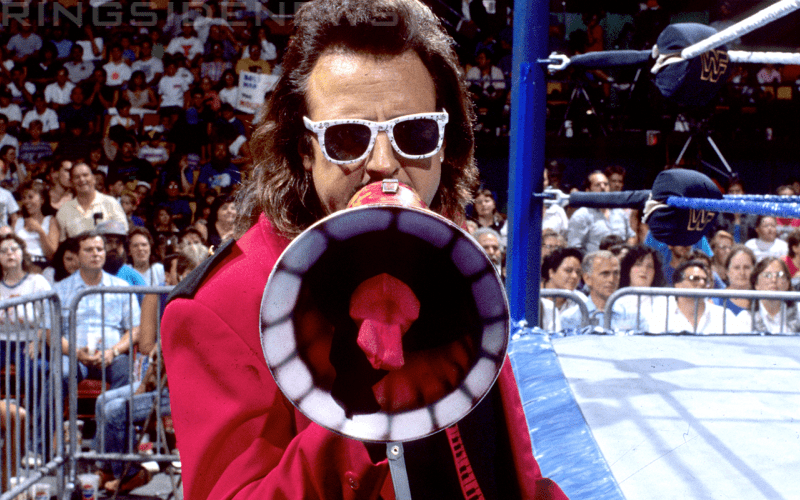 Jimmy Hart was previously reported as a part of the Hart Foundation for their induction into the WWE Hall Of Fame. However, when WWE made the announcement only Bret Hart and Jim Neidhart were chosen to receive inductions. Jimmy Hart will still be around for WrestleMania. We’re just not sure what he’ll be doing yet.

Mike Johnson confirmed on PW Insider Elite audio that Jimmy Hart will be there for WrestleMania. The biggest question is what he will be doing now that he apparently got snubbed for the WWE HOF.

“There must have been a change at some point because initially it was going to be those two [Bret Hart and Jim Neidhart] and Jimmy Hart going in. Jimmy Hart is coming up to WrestleMania 35. The company is bringing him in that weekend. Perhaps he’ll be in another role since he’s not being inducted. Maybe he’s going to be the one to induct the Hart Foundation or maybe he’s gonna be the one to induct the Honky Tonk Man or maybe he’s just going to be around to hang out with The Hulkster.”

Jimmy Hart will be around for WrestleMania even though he isn’t apparently getting into the WWE Hall Of Fame as a two-time inductee. You can never tell what Vince McMahon is thinking, but he’s not going in with the Hart Foundation.