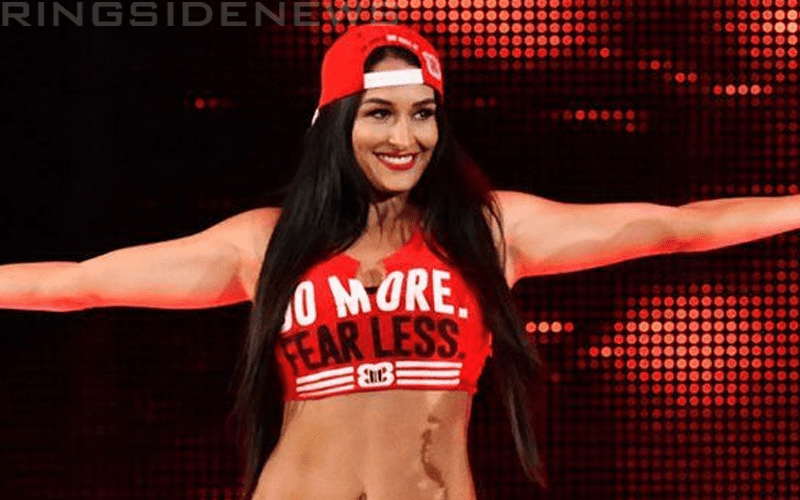 Nikki Bella had a much more acclaimed career in the ring than her sister Brie. Nikki was the one breaking records as Diva’s Champion, but all good things must come to an end, even for a Bella.

During the season finale of Total Bellas, Nikki Bella announced to her family that she is retiring from WWE in-ring competition. She has hinted at possibly returning alongside sister Brie Bella for a return of Twin Magic and a stab at WWE’s new Women’s Tag Team Titles, but that is not going to happen.

It isn’t likely that we will never see Nikki Bella again, after all, the Bella Twins will certainly see their day in the WWE Hall Of Fame. It looks like Nikki’s final match as an in-ring competitor was against Ronda Rousey in the main event of WWE Evolution. That’s not a bad way to go out.