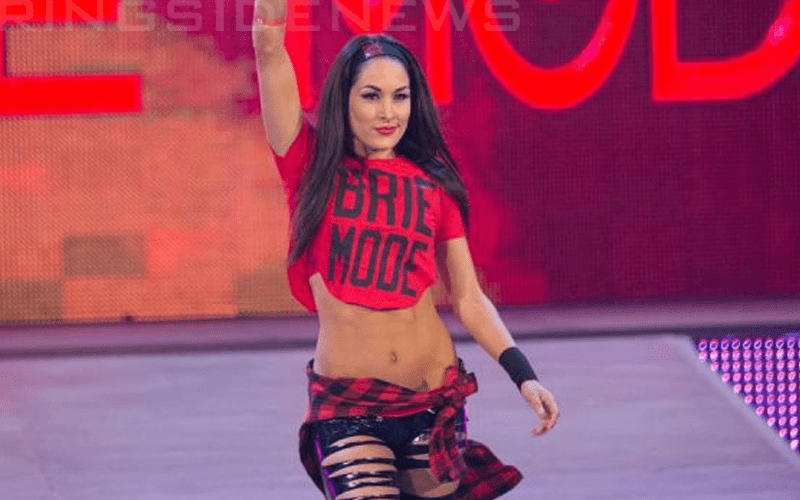 Brie Bella’s 2018 return was met with some harsh criticism. She botched a few moves and caused a concussion for Liv Morgan in the process. The Bella Twin member sat on the sidelines and watched her sister Nikki Bella compete against Ronda Rousey at WWE Evolution, and now Brie Bella is done.

During Total Bellas on Sunday night, Brie Bella made the announcement official as she said that she is fully retiring from in-ring competition.

“I decided that after Evolution, I’m gonna be fully retired. Fully done. I love WWE, but the one thing I learned is that I can’t do everything. I just can’t.”

Bella said that she wants to focus on having baby number two with her husband Daniel Bryan now. She is ready to concentrate fully on her family and is leaving her in-ring days behind her.

Of course, Nikki Bella did not retire, only Brie. So you never know if WWE could figure out something for Nikki Bella to do on her own, but a return of Twin Magic apparently isn’t in the cards anymore.