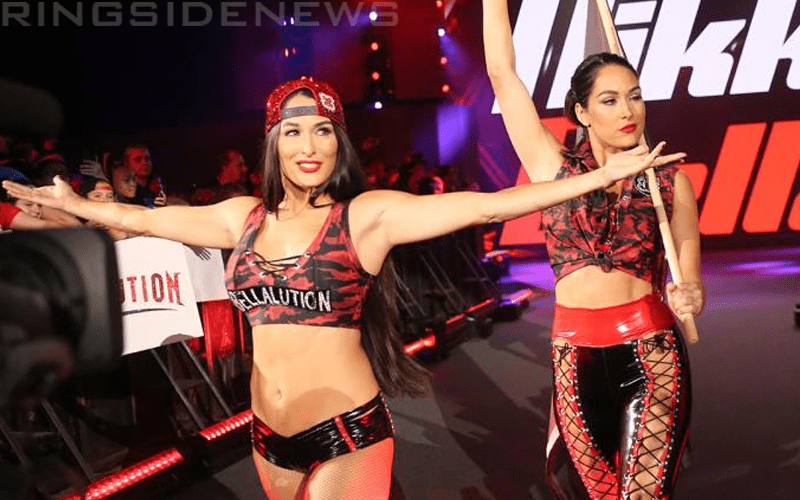 Brie Bella’s return to the ring was not as successful as she might have liked. She had some ups and downs, but eventually proclaimed that her time in the ring is done.

During the season finale of Total Bellas, Brie Bella was shown getting involved with the Evolution main event where she and Nikki were stacked on Ronda Rousey’s shoulders for a Piper’s Pit. After they got backstage, the wine started to flow as the celebration started.

Brie Bella said that WWE Evolution was the perfect time to end her career. The Bella Twins had a twelve-year-run, but their time is done. She said all of the highs and lows were worth is because she was there for WWE Evolution.

We will just have to wait and see if Brie Bella will ever make a return. After it is in your blood, pro wrestling is hard to get out. That, and Vince McMahon might be able to cut a check big enough to convince her to return. In the meantime, WWE has no shortage of women waiting to take her place.