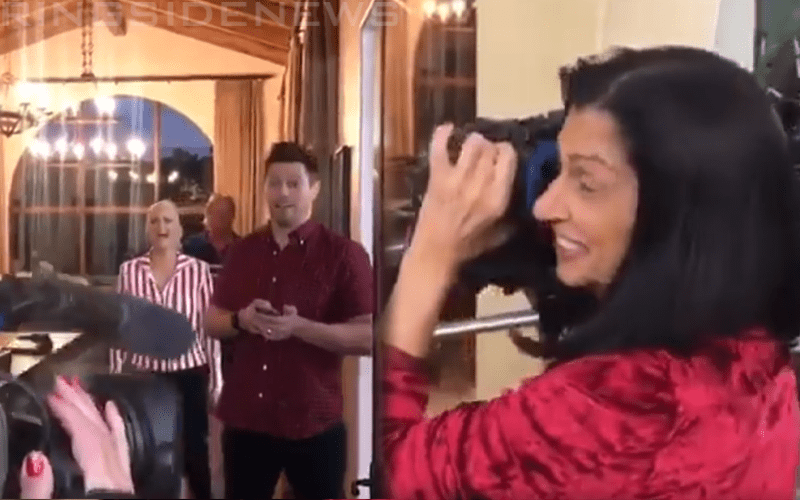 Miz & Mrs is coming back for season 2 and we have a lot to look forward to. One thing that fans can’t wait to see is the continued interaction between the A-Lister and his mother Marjolaine Martin.

Marjolaine decided to pull a little joke on The Miz during the filming of this new season as she hijacked a very expensive camera from the crew and started doing their job for them. This went well until The Miz noticed.

“Oh my god, if I were you guys, I would watch that thing — I would. Never give her a camera. Those are way too expensive, have you seen what she’s done to my stuff?” The Miz asked the crew when he saw his mother-in-law wielding a super-expensive production camera.

We will have to wait until April 2nd to see what kind of hi-jinks The Miz and family will get into this time around. No matter what happens at least it looks like they had a ton of fun.