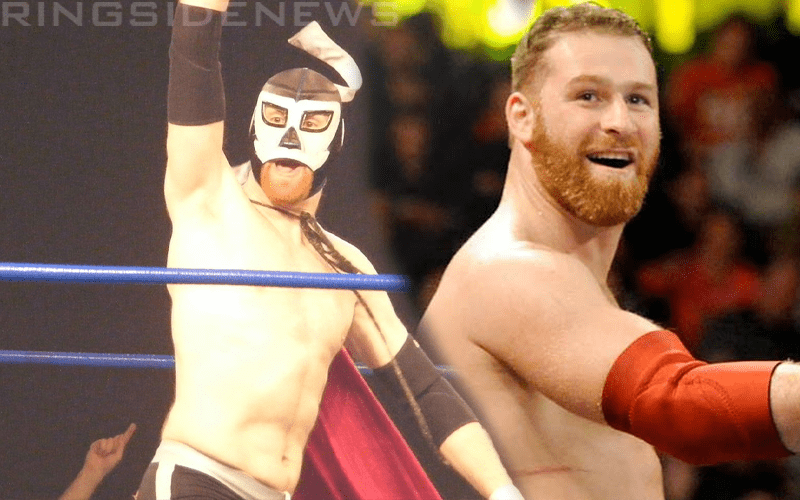 Sami Zayn became well known under a mask as El Generico. This gimmick lasted through the indies and then the character “died” before he signed with WWE. However, El Generico apparently isn’t dead or left behind in ROH.

Although the El Generico Twitter account did come alive last year when Zayn was “fired,” it looks like Generico is back… or at least he is tweeting. Because the account fired up last night and retweeted a couple of messages before posting a picture of the generic luchador himself.

This is interesting timing because of the fact that we are still waiting on Sami Zayn’s return from injury. We will have to wait and see when WWE plans on bringing him back, but they’ve already had a couple of opportunities to do so.

Either way, the fact that El Generico is at least tweeting makes us want to yell: “Ole” and wait for some kind of surprise. It isn’t likely unless WWE can retain ownership of the El Generico name, but it is still an incredibly entertaining thought.