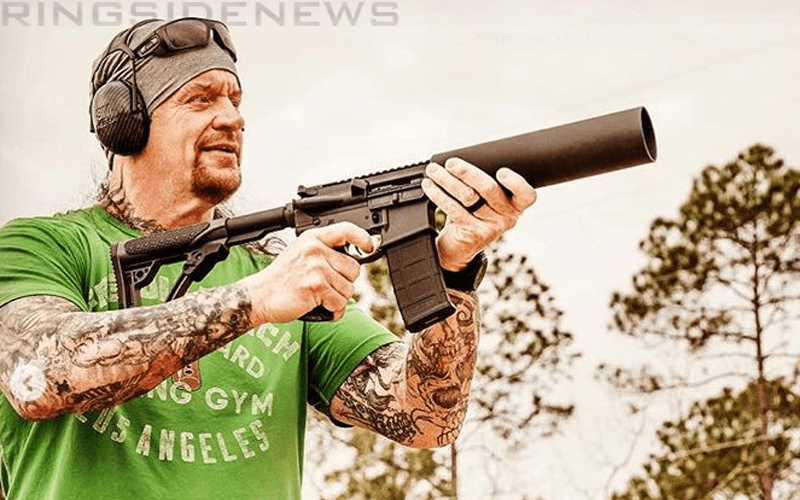 The Undertaker might be a Dead Man, but he celebrated his 54th birthday today. To celebrate this occasion, his wife Michelle McCool decided to pay him a pretty cool tribute and included some shots of Taker that we haven’t seen before.

It is unclear whether Taker will show up at WrestleMania this year although it is always possible. He is going to wrestle the next time WWE goes to Saudi Arabia though, so at least we know when he’ll be working again.

Along with a message saying: “Happiest of days to my #1!!!!! #LoveYou #HappyBirthdayLove #blessed,” Mrs. Undertaker Michelle McCool include several photos of her husband as well.

You can check them out below as she posted them on her Instagram page. Happy birthday, Taker!