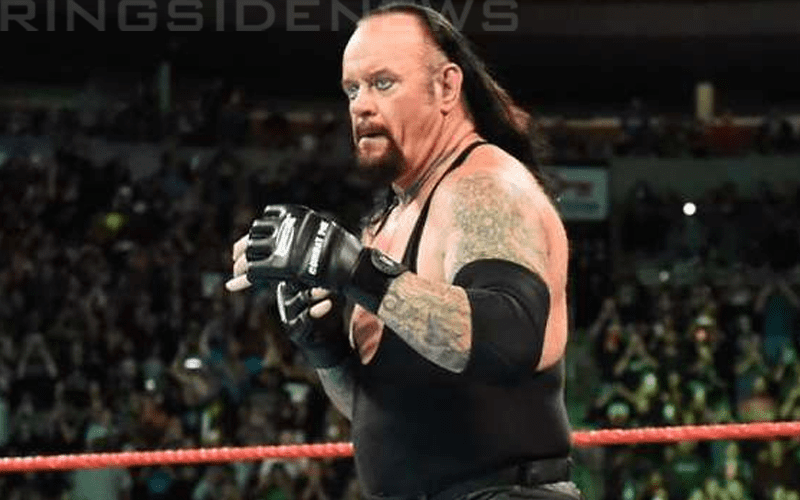 The Undertaker has a lot of people wondering what he will do next. In a recent interview, Taker noted that he wants work a smarter scheduled in 2019 and he used his constant travels to make WWE events in Saudi Arabia, Australia, and other cities in the USA during 2018 as reference. He has not been confirmed to appear at WrestleMania yet, but he will be working Saudi Arabia.

The Wrestling Observer Newsletter notes that The Undertaker has been confirmed to appear at the May 3rd event in Saudi Arabia. This means that The Dead Man is not retired. It could also be a huge sign of which event WWE values more if he misses WrestleMania, but works in KSA.

We will have to wait and see what kind of match they are able to book The Undertaker in because he has not been advertised to face anybody yet. However, WWE needs to get WrestleMania out of the way before anything like that can be arranged.

At this point, the Saudi Arabia events mean much more to WWE when it comes to bringing money into the company. They are obviously pulling in enough money to convince The Undertaker to work the show.