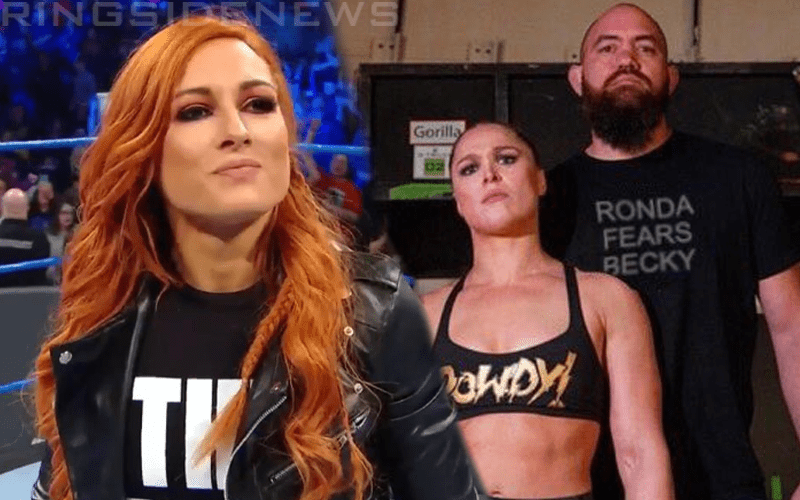 Becky Lynch is pretty good with her words and she has a big WrestleMania match that she needs to hype. She’s not shy about calling Ronda Rousey out where ever she might be, but apparently, she’s been hurting Rousey and husband Travis Browne’s feelings.

The Man tweeted out a picture of the WWE/UFC power couple while saying that she’s been told to go easier on them. Apparently, she’s doing too good of a job at riling them up.

Look how tough they are. RAWWRRRRR. But I’m told to go easier on them because they’re getting upset. #truestory

Since Travis Browne is apparently banned from RAW, it might not make a huge difference. Either way, The Man could be forced to tone down her verbal banter.

The fact that Becky Lynch used #TrueStory along with her tweet leads us to believe she’s letting fans in on a conversation she recently had with some kind of higher-up in WWE. Let’s just see how this one evolves because you really never can tell what’s legit in WWE’s new Reality Era.