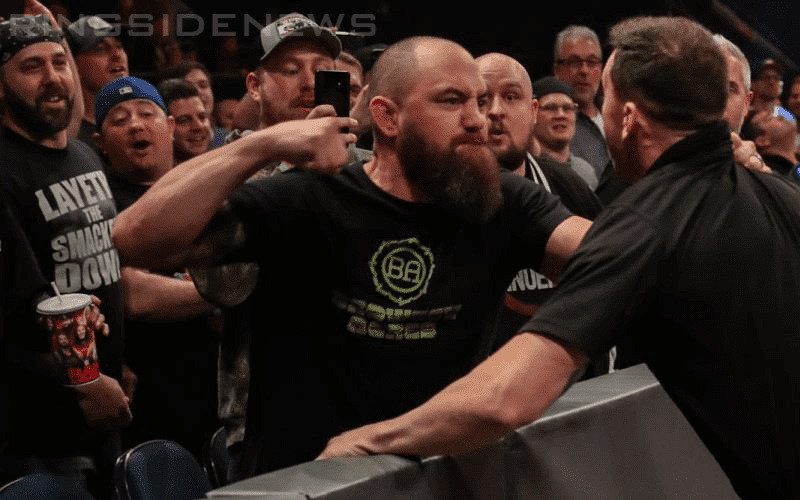 Ronda Rousey’s match against Dana Brooke turned out pretty much as fans expected it to. The RAW Women’s Title match was over faster than it took to do their pre-match introductions. Then things really got out of control.

Ronda didn’t let Dana Brooke out of her armbar which injured the RAW Superstar causing her to take a trip to a medical facility to get checked out. Then things really popped off outside of the ring as security got involved and both Rouse and her MMA fighter husband Travis Browne took out members of WWE’s security.

Rousey was not happy about this in the slightest and fired off an Instagram message on Tuesday morning. Within that post, Rousey revealed that her husband Travis Browne has apparently been banned from WWE RAW. That doesn’t seem to matter much to her because the Baddest Woman On The Planet sounds like she’s pretty much had it.

The road to WrestleMania is getting pretty intense. You never know if Travis Browne might pull a Becky Lynch and just show up even if he’s not allowed to be there. Things could get even more real pretty soon so we will just have to wait and see what WWE has in store for us next.