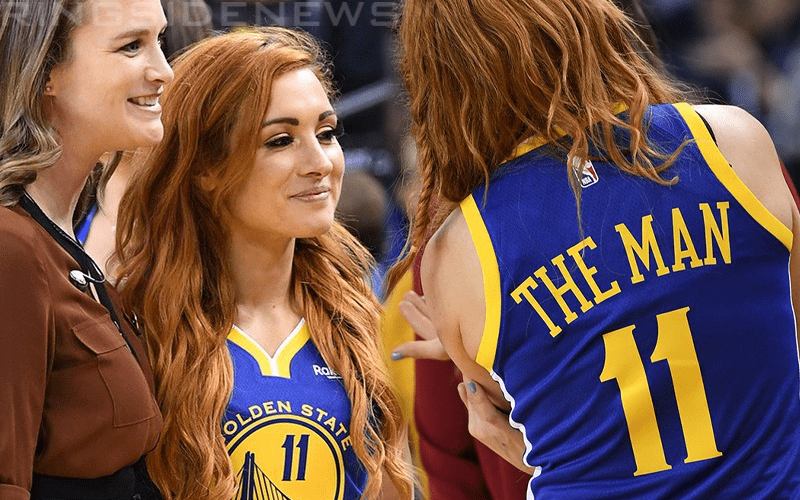 Becky Lynch is having a great time now that she is in the WrestleMania main event for sure. Ronda Rousey and Charlotte Flair might be both standing in her way, but all The Man can see is the Baddest Woman On The Planet right now.

Lynch showed up at a Golden State Warriors NBA game last night and was interviewed at court-side. She had plenty to say about Ronda Rousey to hype her WrestleMania match as well when asked if she had a message for the Raw Women’s Champion.

“Ronda, ya little weirdo. You can’t hack it. Get your jacket. I’m gonna chase you out of WWE. You have no business being there. You’ve held that title hostage for nearly a year and I’m taking it back at MetLife Stadium at WrestleMania.”

We will have to wait and see what WWE ends up doing on the grandest stage of them all. It is hard to imagine that anyone but Becky Lynch is winning that match if Rousey really is leaving after WrestleMania. However, you know how much Vince McMahon loves a good swerve.

Becky Lynch seemed very confident that she will be running Ronda Rousey out of WWE and taking her title in the process. Hopefully, she also enjoyed the basketball game.