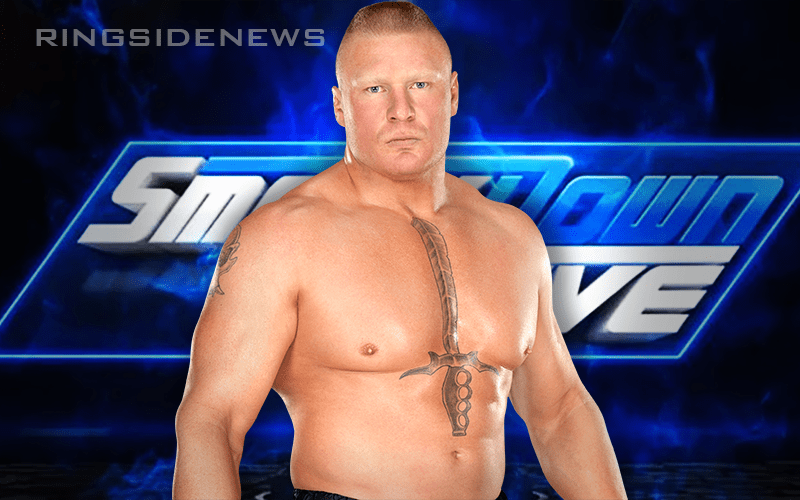 Brock Lesnar was announced as appearing on SmackDown Live once the company moves to Fox. This was done during a kickoff show panel before the recent NASCAR race on the Fox Network. This was the same race where Rey Mysterio drove the pace car as well.

The fact that Brock Lesnar was announced as appearing on SmackDown Live surprised a lot of fans. Not only did this mean that Lesnar will be switching brands, but he will also be sticking around and not going to UFC.

However, the Wrestling Observer Newsletter painted a much more realistic picture of what actually went on during this segment. Apparently, it all came down to miscommunication and the fact that the announcers simply weren’t aware of the current WWE product.

“It was not a WWE commercial but something said during a sports broadcast and it could be one of the anchors just figuring Lesnar would be there as the biggest star not knowing about the brand split or anything, or it could be he’ll appear on both brands, or even just Smackdown after the draft.”

Only time will tell if Brock Lesnar will remain in WWE or get switched to the blue brand. With his ultimate part-timer schedule it really might not matter except during the build for his rare matches.

It is still very interesting that the NASCAR announcers didn’t plug Rey Mysterio since he was at the race and currently on the SmackDown Live brand.