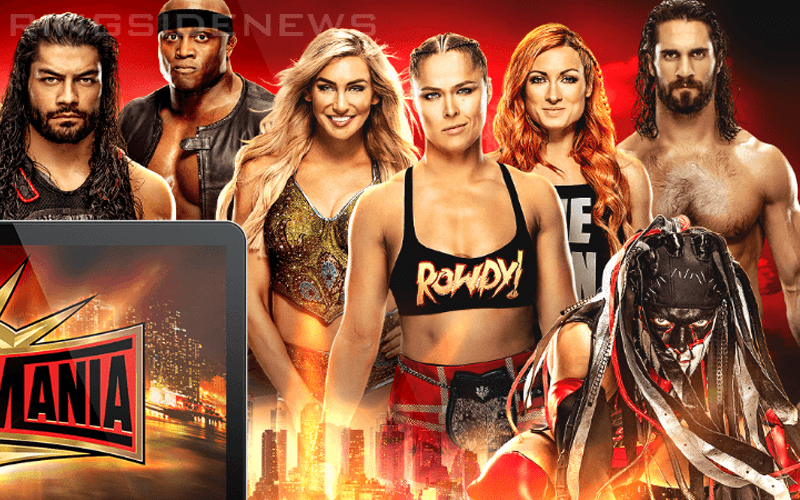 WWE is a huge operation and it takes a lot of people to pull off a big event. This is especially true for WrestleMania and one miscommunication recently found some people in some hot water.

We previously reported that WWE put out some WrestleMania advertising featuring Finn Balor as the Demon. This is actually what users see when they log in to the main page of the WWE Network as well.

Sean Ross Sapp of Fightful reports that some people in WWE are a little bit miffed at whoever is responsible for putting out that design. After all, WWE hasn’t announced or even hinted at Finn Balor becoming the Demon at WrestleMania.

We will have to wait and see if The Demon actually shows up at WrestleMania. Due to this apparently slip-up a lot more fans will be expecting it now.