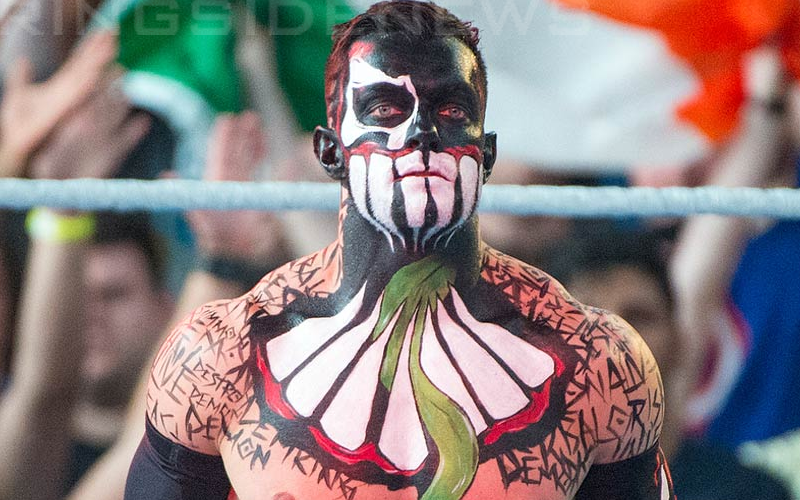 Finn Balor doesn’t become the Demon very often. In fact, he does it on such a seldom occurrence that he said he forgets how to do it. However, there is now a big clue the Demon could return at WrestleMania.

WWE released a WrestleMania ad today and it featured Finn Balor as the Demon character. It is pretty hard not to notice it and WrestleMania seems like the perfect event for the Demon’s return.

Perhaps Finn Balor needs to make a return to the Demon character in order to get the on Bobby Lashley with the assistance of Lio Rush? Or maybe it was another example of one hand not knowing what the other is doing in WWE.

Finn Balor’s Demon character has much better appeal with younger audiences and he looks really cool too. This could be the big WrestleMania plan that we heard WWE has for Balor.

Let’s just hope for a return of The Demon King. You can check out our Instagram page for a look at the advertisement.