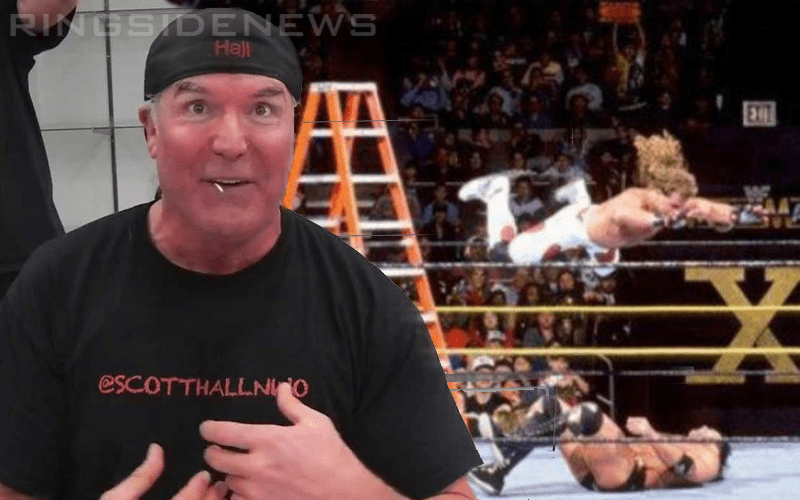 Scott Hall is a WWE Hall Of Famer as Razor Ramon and he is known for a lot of things including his ability to say pretty much whatever he wants. After all, he is the Bad Guy. One fan recently triggered him and his response was pretty great.

Razor Ramon wrestled Shawn Michaels in a ladder match at WrestleMania X and it is still regarded as a classic. One fan commented that it was “overrated” and Hall simply replied:

It might be the fact that he used a hashtag, but this was a great burn. Score one for Scott Hall on this one. Maybe next time this fan wants to degrade a classic wrestling match as overrated they’ll remember that those Superstars might be scrolling through the timeline of that very thread.