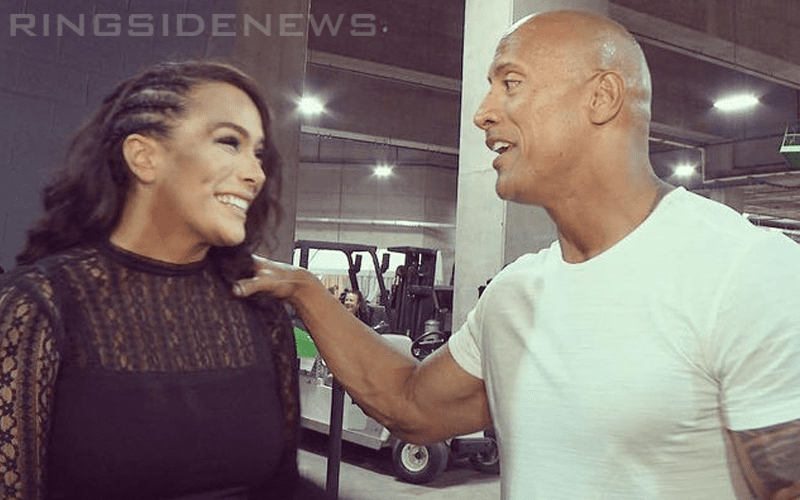 Nia Jax gets a lot of flack from fans who like to come at her for getting an easy ride into WWE. She stepped in the Performance Center and soon found herself running roughshod over the NXT roster. Not much changed for Nia Jax after her main roster call-up either.

One fan tweeted out to Nia Jax saying: “Difference is she made a name for herself through hard work without the family connections, guess as long as you’re related to the Rock its forever an easy street with no consequence Case in point: Uso’s being handed another tag title reign despite what happened days earlier.”

It didn’t take long for Nia Jax to respond. However, the Irresistible Force didn’t necessarily deny that her connections in the wrestling business helped her along.

Haha! Doesn’t it just piss you off?! 😂 hey, we can’t help that our genetics are amazing!!

Nia Jax is still a top name in WWE and she’s likely not going away anytime soon. As long as she’s supposed to be a heel and people naturally hate her then that is exactly what is intended. Being The Rock’s cousin doesn’t hurt either.